Daily Message from the Head

Friday On My Mind...

Do you think that the last year has been good or bad for the environment?

There have been positives, clearly: there were fewer flights, fewer cars on the road, fewer factories pumping out air and water pollution. But we were all using power constantly, as we’ve charged our laptops and phones and heated our houses. Then there were all the disposable face masks! And have you noticed that people are buying fresh fruit and veg in wrappers again? I suppose people are worried about picking up apples that someone else has touched. It may have ended up as a draw…

There are lots of heroes, though, who have carried on working to save the planet. One of them is an English chicken farmer, working in his garage: 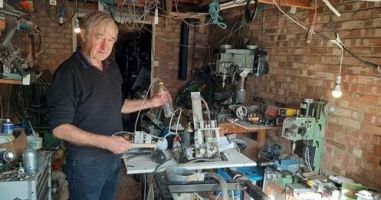 This is Peter Dearman. He has invented a motor that runs on air. It won’t ever power your car, but it can still have an impact on global warming. One big cause of pollution is keeping food cold. Bizarrely, we end up using heat to keep things cool. Lorries transporting food for supermarkets are a massive source of pollution. They have to keep their engines running when the lorry is not moving, so that the diesel engine can keep the coolers going. Peter’s engine doesn’t need to burn fuel because it gets its power from nitrogen, which is all around us. A car that is burning petrol gives off heat; an engine using nitrogen to run gives off cold air. If Peter’s engine was used around the world, it could significantly lower our carbon footprint.

There are so many heroes that we don’t know about, like Officer Goodman and like Peter Dearman, who quietly get on with making the world a better place. Maybe you know someone like that?

To give us all a lift at the end of the week, Mrs King has illustrated lines from St Francis’ prayer ‘Make me a channel of your peace’:

Have a great weekend, when you get there. I haven’t forgotten anything, have I? Hmmm? Masked what? Ohhhh….drum roll please… 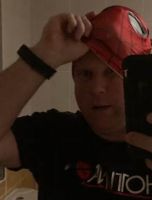 It was Mr Brown!

I hope to have another masked singer for you in the assembly on Monday morning.