History helps you to understand the present by investigating the past. It can fire your curiosity by allowing you to investigate the decisions made in the past and the reasons for them. It helps you understand who you are, helps give you a sense of place and a sense of identity. It gives you an appreciation of other cultures and their contributions to Britain and the wider world.

It helps you understand where Britain fits into the wider world and how this has changed over time. You are able to investigate, evaluate and interpret past actions. You can develop the ability to read source material with discrimination, asking questions of it. You can develop your skills as an independent thinker and learner. You will understand why we study certain events, why do we remember, why do things from the past matter. You will be prepared for life beyond the classroom. Your skills, knowledge and innate sense of curiosity will be encouraged to thrive and these are the skills that will take you through life.

"Only a good-for-nothing is not interested in his past." Sigmund Freud

History at Key Stage 3 looks at developing a range of key concepts, such as ‘chronological understanding’, ‘diversity’, ‘cause and consequence, and ‘significance’. There is also an emphasis on developing skills such as ‘enquiry’, ‘using evidence’, and ‘communicating about the past’. These skills are developed through the study of a number of phases and aspects of history. Key Stage 3 History looks at Britain and the wider world, and the relationship between the two. Within Year 7 the focus is on medieval Britain, and there is also an investigation of Native Americans. In Year 8 the emphasis is on Britain between 1485 and 1750, and an investigation of the Industrial Revolution. In Year 9 students investigate the topic of slavery, and also study the Twentieth Century World. Assessment is via regular checking of students’ books, as well as a number of more formally set tasks through the year. These develop a variety of skills, and investigate the topic currently being studied. For example, Year 9 assessments focus on slave transport and World War One. Visits throughout KS3 include Portchester Castle with Year 7, and Seacity Museum in Southampton with Year 8, both visits complementing the work done in class. An optional Year 9 trip to Belgium supports work on World War One, and more generally the importance of remembrance. 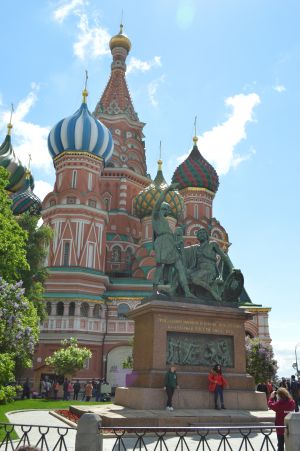 Donald Trump’s election victory shocked the World! But, to historians this isn’t the first time that a leader has come to power promising something different. In fact, it’s quite a regular occurrence. 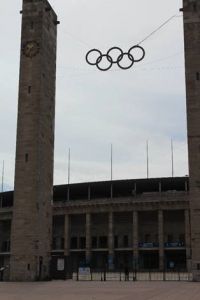 We investigate Germany from 1890 to 1945. This was a period of massive change, turbulence and chaos. It was a period when democracy appeared, and collapsed, ushering in the dark days of Nazism. We study Nazi Germany up to its downfall in 1945, but also, crucially, the period before the Nazis came to lead Germany. What on earth happened that meant that Hitler could come to power?

We also study the pivotal phase of our nation’s history that was Elizabethan England – looking not just at the landmark events such as the defeat of the Spanish Armada, but also whether it was truly a ‘Golden Age’.