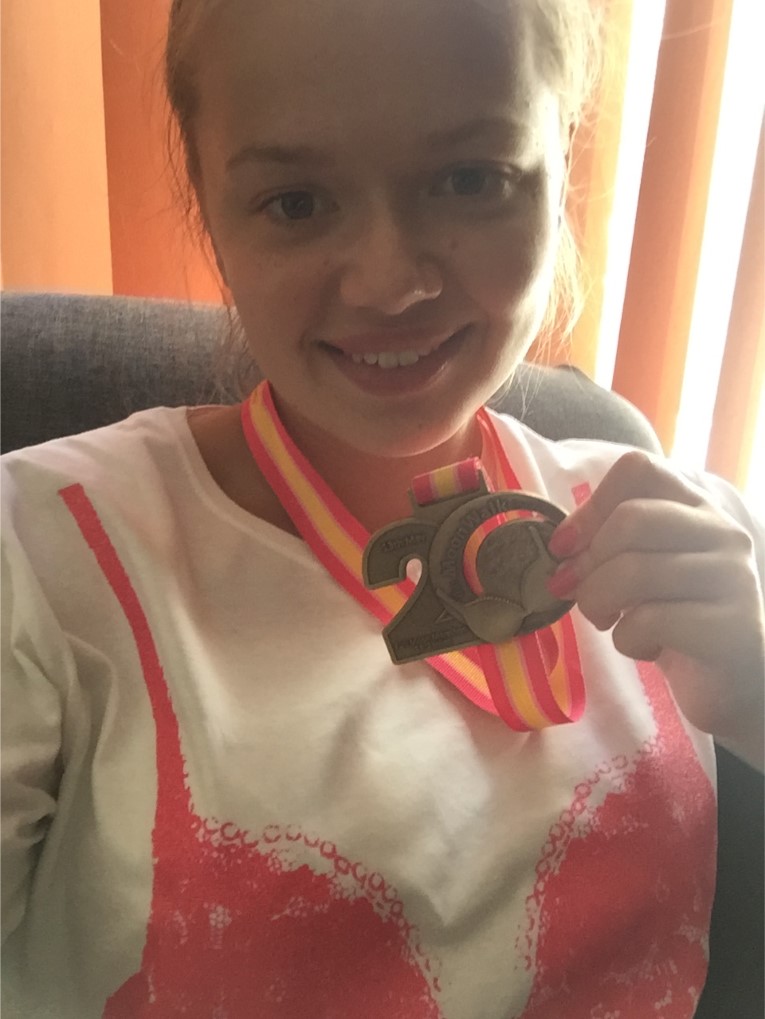 On Saturday night Imogen McNally (10Andrewes) undertook the London Moonwalk in support of Breast Cancer Research. In early February Imogen and her mother Sam, decided to sign up to undertake this challenge which sees both men and women walking 26.2 miles through the night wearing decorated bras.

February saw the start of training, with a four mile power walk. It’s fair to say Imogen was somewhat resistant, and her mum questioned whether this would be beyond the realms of possibility. However, she stepped up and over the coming weeks covered over 150 miles including a final training walk of 20 miles.

Imogen and her mum decorated their bras (as is the Moonwalk way, raising money and the profile of breast cancer charities in this unique fashion) and on Saturday 13 May at just before midnight they stepped over the start line on Clapham Common ready to pound the streets and parks of the Capital. Almost 10 hours later, they crossed the finish line and can proudly say that not only did Imogen raise over £400 for an amazing cause, but at just 15 years old, she has completed a marathon. You hear it said, ‘but you only walked’, but how many people have the stamina, from a starting point of minimal fitness, to train until they are able to walk through the night covering 26.2 miles to achieve a goal and make a difference? Yes it is a walk, not a running race, but it is also a huge personal achievement and we congratulate Imogen for setting herself a target and achieving that goal.

Imogen was joined on Saturday night by the Sussex Belles, four members of staff from Bishop Luffa School who walked through the night, completing the course in eight and a half hours, raising over £1,300 for this fantastic cause.