A Trip of a Lifetime! 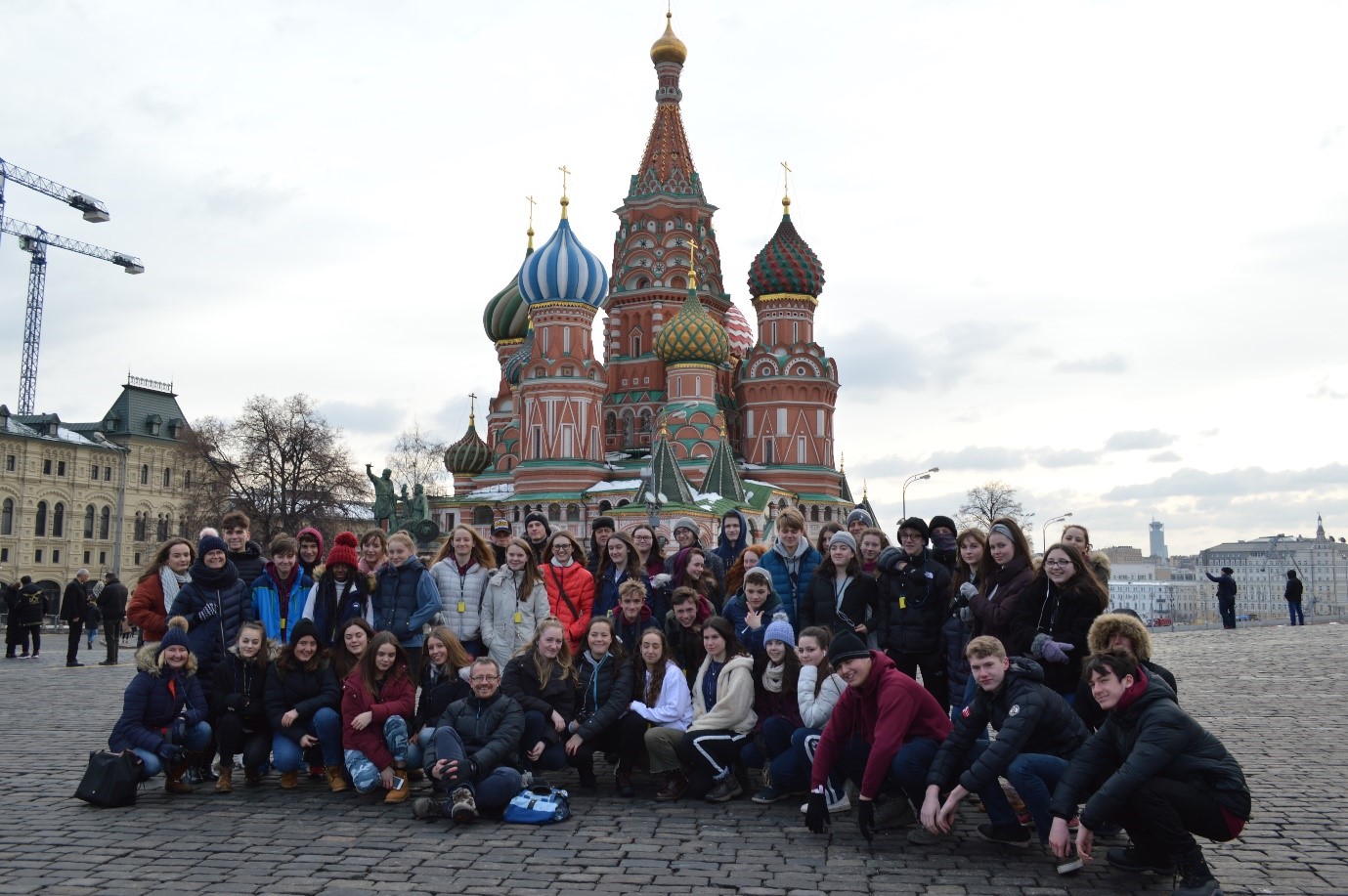 Forty-eight GCSE History students, and six staff have recently returned from a six day trip to Russia – a trip which will definitely live long in the memory. As well as being a valuable aid to their studies, the whole experience of visiting Russia was fascinating from beginning to end. 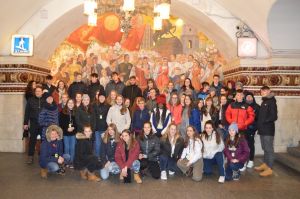 Our first day started with an unfeasibly early start from Chichester, and then a trouble-free flight to Moscow, changing en-route at Frankfurt. On arrival at Moscow we were met by Natalia, our local guide. Straight away it was clear that we were in safe hands. Natalia guided us with skill and good humour through the experience that is Moscow! Our first day simply involved getting to our extremely comfortable hotel, within 15 minutes’ walk (or so we were told!) of Red Square. Day 2, Sunday, was an early start. A hearty breakfast fuelled us up for our first experience of Red Square, and Lenin’s Mausoleum. Pupils were amazed to gaze at the embalmed body of a man who died 95 years ago, and who they have all studied in some depth. On leaving the Mausoleum, the pupils were even more staggered to see some carnations on Stalin’s graves, and people posing for photos. What a way to start our time in Russia! From Red Square it was on to lunch on Old Arbat Street, with the first real chance to buy souvenirs, and then onto the Gulag Museum. This powerful, harrowing museum helped highlight the horrors of Stalin’s Purges. We also spent some time touring the Moscow Metro – a temple to the common man! It was busy, noisy, and fascinating. Those of us who use the Tube don’t see chandeliers in our stations. After dinner at our hotel, it was out to Red Square (in a blizzard!) by night.

Our next day was also our final day in Moscow, and was another long day! First it was a tour of the Kremlin (in bitterly cold weather). To be inside the Kremlin was an unforgettable experience. The Cathedrals, the giant bell, the Faberge Eggs, the steel doors, the treasure! After lunch in a nearby food court (including some pupils trying local specialities) it was off to Novodevichy Cemetery, and the graves of many famous Russians, including Boris Yeltsin. Again, it was bitterly cold! After dinner in the hotel, it was off to the ice hockey. Words fail me, but what an experience. The anthem, the crowd, the souvenirs, the blimp, the man dressed as a horse. Unforgettable, crazy, brilliant! If the evening couldn’t get even more memorable, it was then off to the ‘Grand Express’ – our sleeper train to St Petersburg. Pupils were rocked to sleep by the motion of the train, and had free wifi (always a bonus!) 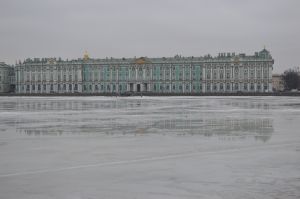 As Tuesday dawned, we awoke to our steward bringing us breakfast, and the outskirts of St Petersburg. On arrival we were met by Maria, another brilliant guide. She took a weary bunch of travellers to a local café for breakfast, and then showed us some of the highlights of the city on a guided coach tour. Maybe most memorable was the site of the Winter Palace over the frozen River Neva. After lunch on Nevsky Prospekt (and inevitably a mad dash by some to McDonalds, but not by all!) it was off to Peter and Paul fortress to see the tomb of the last Tsar and his family, to hear a Russia choir (beautiful acoustics) and to see the cells in which opponents of the regime, including Trotsky were kept. It was then off to our hotel – a giant beast of a building from the Soviet era, but with good food, and, again, comfortable rooms – overlooking the Baltic. Wednesday was another day of superlatives. We started with a guided tour of the Winter Palace/Hermitage – truly one of the great museums of the World, and a building that figures heavily in the history of Russia. After lunch it was the Yusupov Palace – to see how the elites lived before the Revolution, and also to see the place where Rasputin was murdered. The lifelike waxworks only added to the experience! Then an evening meal with many pupils now fans of traditional Georgian cuisine. Another amazing day.

Our final day was suddenly upon us. After checking out we went to the WW2 Memorial. A sobering experience that highlighted the suffering faced by the citizens of Leningrad. The biting cold only added to the atmosphere. After a flying visit to a food court for lunch we were off to the Catherine Palace – a favourite retreat of the Tsars, and an ostentatious symbol of wealth, power and luxury. We were able to see the famous Amber Room as well. Then it was time to go to the airport, and a sequence of on-time departures which saw us finally back in Chichester just after midnight on the Friday.

This was truly a trip to remember, for so many reasons, and we’re sure that the pupils will have memories that linger for many, many years, as will the staff. My thanks got to the pupils for their behaviour and attitude. My thanks must also go to the staff (Mr Jackson, Mr Collins, Mr Putnam, Mrs Syms – Evans and Mrs Bagdoniene (whose Russian skills were invaluable!)), without whom the trip wouldn’t have gone so well. 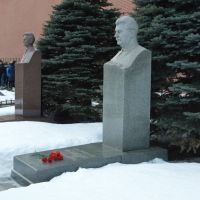 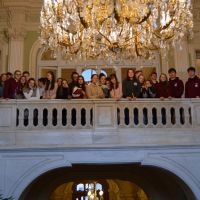 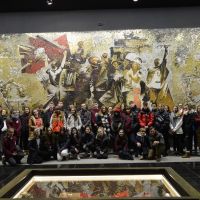 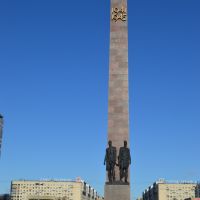 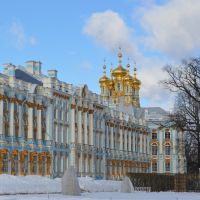 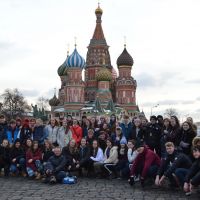 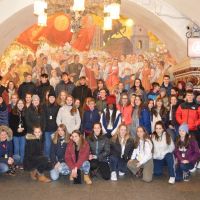 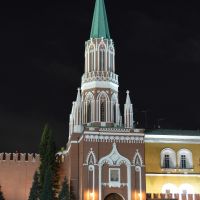 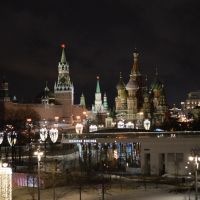 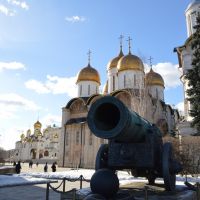 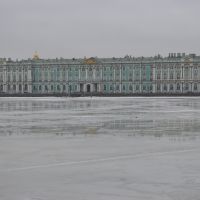 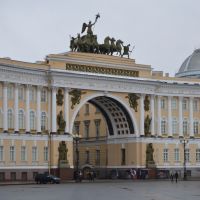 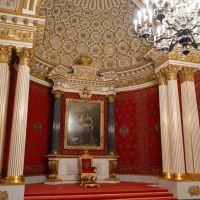