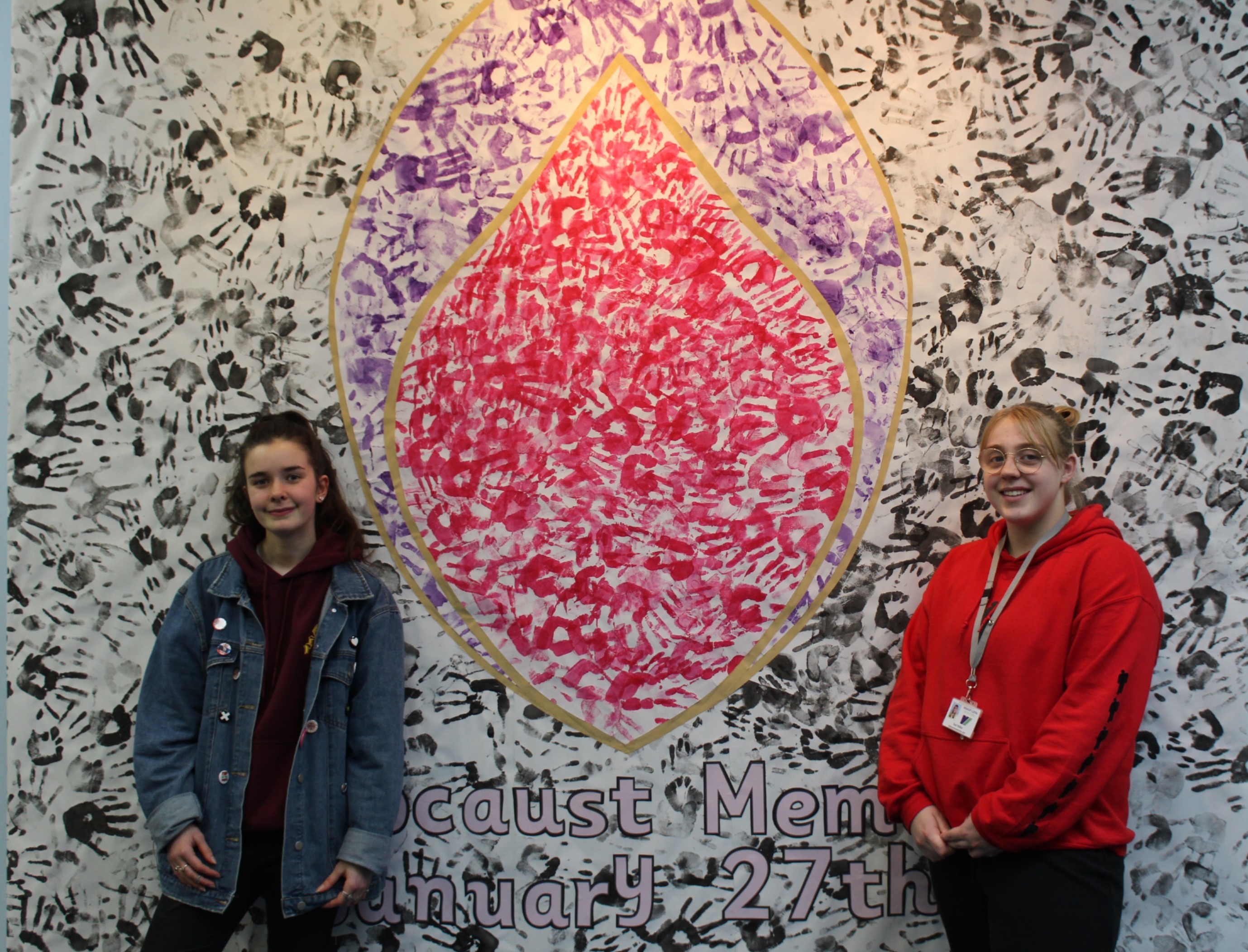 On Monday 27th January, Bishop Luffa School, along with people and organisations across the World, marked Holocaust Memorial Day. This year had added resonance as it marked the 75th anniversary of the liberation of Auschwitz-Birkenau. Monday was the culmination of over a week of events in School to commemorate this significant moment – remembering the victims of the Holocaust and other, subsequent genocides, such as in Bosnia and Rwanda.

Many pupils and staff had already contributed their handprints to a piece of display work to commemorate the Holocaust. A giant flame (the symbol of the day) was created out of handprints – symbolising the individuality that the Nazis tried to extinguish. This was followed by a week of assemblies where Jemba Valerio and Imi Miller (both Year 12) shared their experience of a recent visit to Auschwitz, largely funded by the Holocaust Educational Trust. These powerful assemblies finished with a prayer to commemorate victims of the Holocaust.

On Holocaust Memorial Day, tutor time saw tutors share poetry, prayers and clips with their groups which emphasised the importance of the day, and the role that we all have in standing up against injustice and discrimination. The day also saw pupils celebrate their individuality through the wearing of their own shoes. This idea was put forward by Jemba and Imi and was inspired by the images of piles of shoes at Auschwitz, and how they illustrated the Nazi attempt to destroy the individuality of those who were persecuted. Funds raised (approximately £600) will go to the Holocaust Educational Trust to help them continue their valuable work. In the afternoon, Mrs Bowen-Melfi led a trip to the Minerva Theatre to see a powerful performance of ‘Push’- An Opera commemorating the Holocaust.

As Mr Williams said to staff before tutor time, we as a School celebrate ‘life in all its fullness’ and we mark this day to remember how many people in History have not been fortunate enough to be able to live such a life, facing discrimination and injustice. Our school motto thus helps remind us of the values we share as a community, and why they are so precious.

My thanks must go to all staff and pupils for the part they played in helping mark this important day.