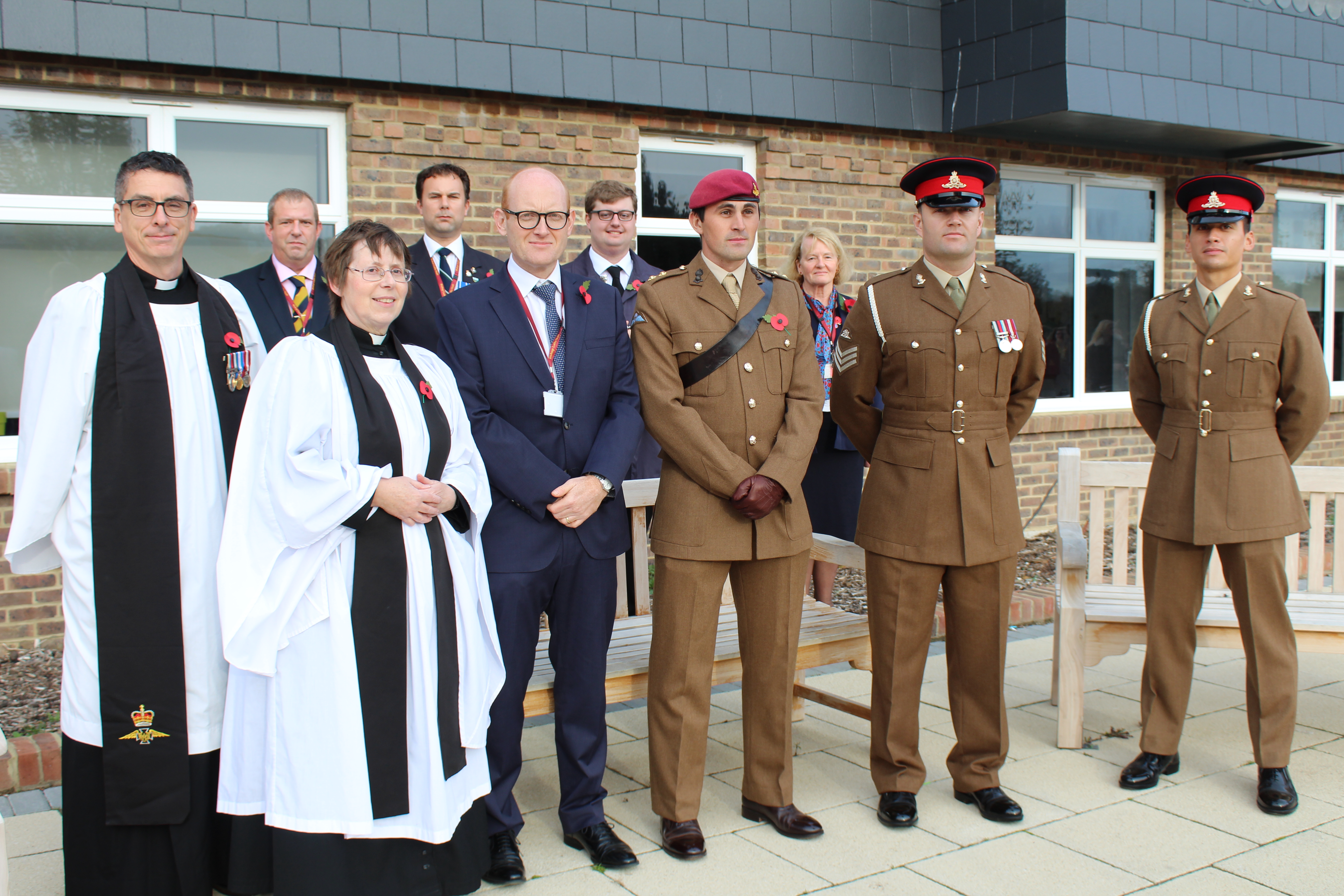 Faint sunshine and a stiffening breeze greeted pupils as they all headed onto the School field for a Service of Commemoration on Friday 9th November. This was the culmination of a series of events over the week which focused on commemoration of the Armistice centenary, including assemblies and lunchtime talks. Pupils and staff had spent the week recording names on small crosses made by the caretaking team. These created a field of remembrance on the grassed area at the front of School. As pupils walked onto the field, the sight of these crosses, and the lost lives they represented, helped bring a level of quiet and reflection that was admirable.

The whole School, from Year 7 to 13 (over 1300 pupils) were joined on the field by parents, School Directors, local clergy, members of the armed forces (from Thorney Island) and a representative of the British Legion.

As the service progressed, with a mix of readings, and prayers, the pupils’ maturity was a credit to them. It was clear that the service had real meaning. Wreath laying followed a two minute silence, which was itself preceded by the Last Post. Mr Hindman drew the service to an end by blowing a whistle used during the Great War. The poignancy of this sound was a fitting end to a moving service. Thanks must go to all involved for making this event possible. 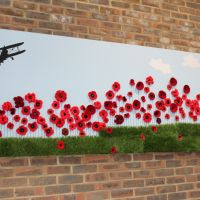 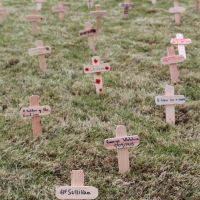 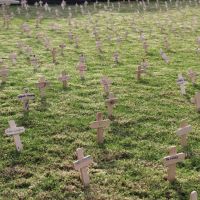 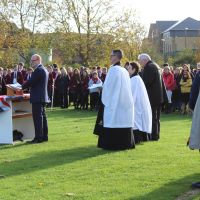 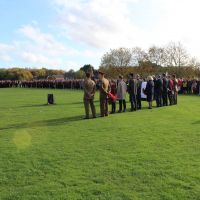 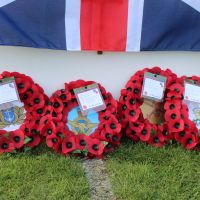 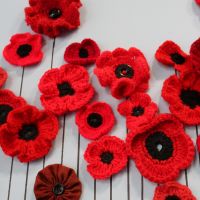