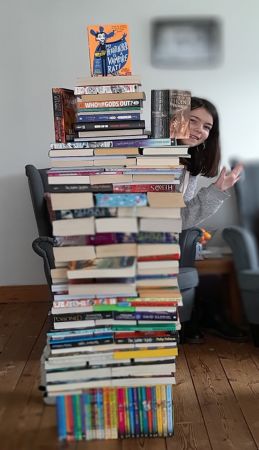 World Book Day is always a great event in school with competitions and activities running all week to celebrate our love of books and reading. This year we took the celebrations online with a week-long ‘Bookmaster’ inter-house competition – if you’ve seen the series Taskmaster on TV you probably have some idea of what went on.

The Heads of House kicked things off with a competition to bring the Bookmaster ‘the best book’ in assembly at the beginning of the week. Burrows won with a heartfelt and meaningful entry so they were off to an excellent start! Each day Mr Hindman announced a task to be completed that day and then judged the entries and gave points to the Houses of the most impressive entries. There were also two longer tasks as well as quizzes each day for extra points.

Hundreds of pupils got involved with the most popular task being ‘build the most impressive book tower’ – if we had stacked them all on top of each other, we might have rivalled the Cathedral! We also had some beautiful book art and very dramatic re-enactments of scenes from favourite books, some cheeky flipbooks and surprisingly accurate Book character potatoes.

The winners were as follows:

Task 1: Create a 3D model of a scene from a book - Sophia McWilliam (7Burrows) 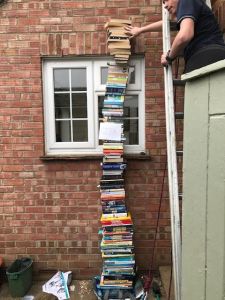 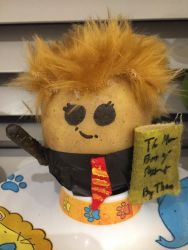 In the end, it got so competitive we needed TWO trophies, one for points earned on the Daily Tasks, which went to King House who, after a slow start, picked up loads of points with the video challenge and the book potatoes; and one for points earned on the Daily Quiz Challenge, which went to Burrows House – who showed phenomenal teamwork with whole tutor groups entering the quizzes, a pretty enormous achievement during lockdown and the Bookmaster felt this effort should be well rewarded! 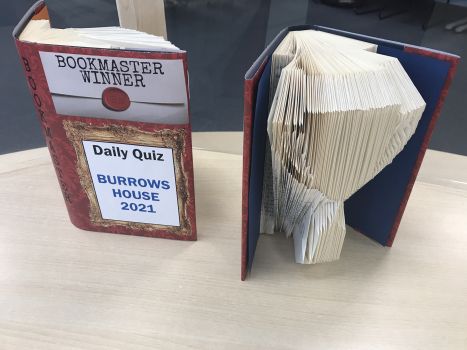 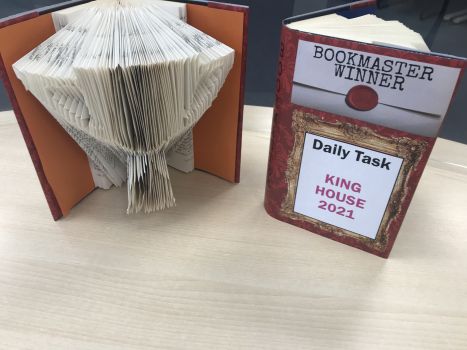