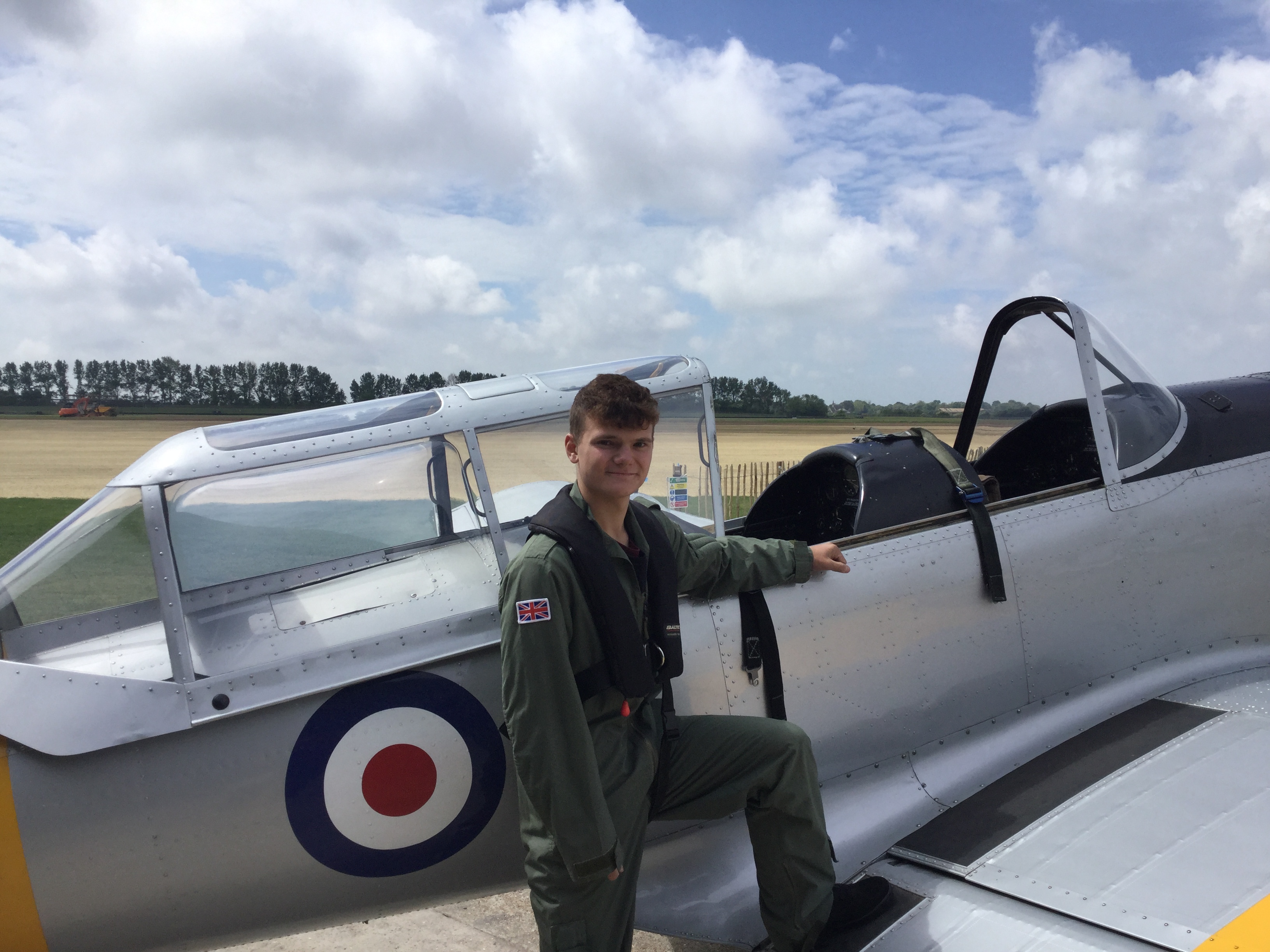 David Agate (12Andrewes) has recently been announced as the winner of The Murray Scholarship which has been set up in the memory of Wing Commander Thomas Murray DSO, DFC* MID by the author Mark Hillier.

The Scholarship Scheme has been established to give the winning candidate 15 hours flying time in a DH Chipmunk aircraft to be flown at Boultbee Flight Academy, Goodwood in June 2017 (subject to raising £5000). Prior to their instruction in the air, a series of ground school sessions will be given to assist the successful candidates’ in their progression through the flying training phase by Dieter Sinanan.

The Scheme is primarily to encourage young people of the correct attitude and aptitude to pursue further flying training. In line with the mission of the Air Cadets, the aim is to support them in their future careers, be they be in aviation or elsewhere, however it is not categorically for the air cadets but also for any local teenagers that can demonstrate a commitment and interest to aviation.  Training at Goodwood will be through Boultbee with fully qualified Instructors.