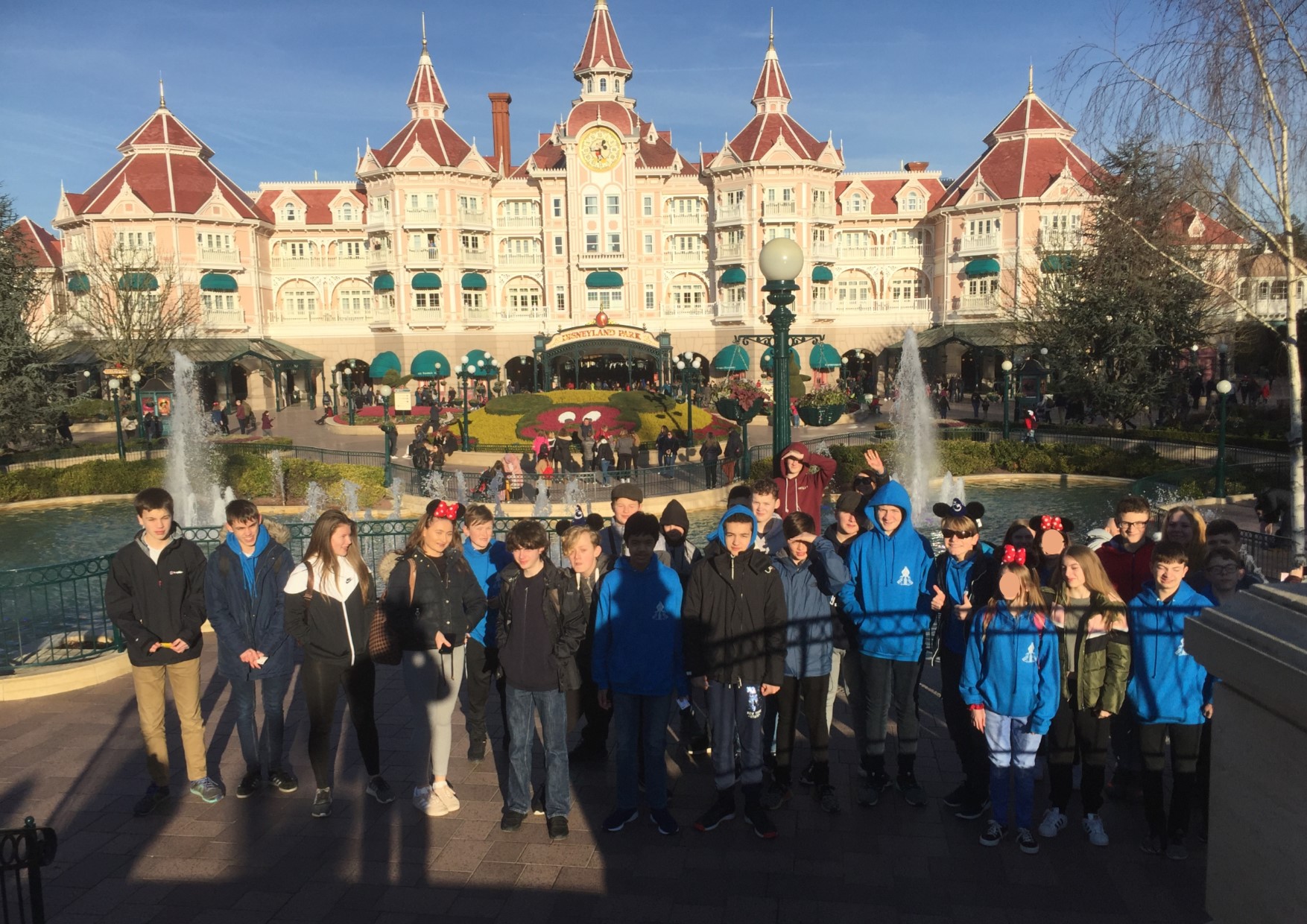 During the half term 28 pupils and four staff travelled to Paris to spend a long weekend in Euro Disney. A trip that not only created memories, it created friendships to treasure and made many dreams come true.

Despite the first day being a long day of travel by coach and ferry, the group did not waste time settling into their hotel and visiting the resorts night spot, Disney village, for shopping and sweet treats. 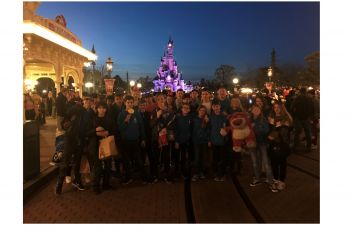 On the second day all were up bright and early for breakfast ready to go for a long, fun filled day of characters, thrills and adventures. A memory that will remain in my mind forever is seeing the faces of pupils and staff light up upon our arrival to the main park, Disneyland. Smiles and excitement spread across the group as it had finally hit home where they were and the fantastic opportunity they were part of. At lunch time check-in all pupils came back with smiles beaming from cheek to cheek and stories of what they had been up to that morning, some had met characters, some had faced their fears on big rides and some had taken in the atmosphere and explored the park throughout. The afternoon continued like the morning and culminated in the evening with the Disney Castle Spectacular. A stunning display of video projection clips of all our favourite Disney films onto the castle, lasers, fountains and fireworks. There aren’t words to describe the look on students faces! A real sense of joy within the group. Truly magical.

Despite being tired from the second day, on day three the group tackled Hollywood Studios. Hollywood Studios is another Disney park where the rides and attractions are based on Hollywood movies. The first ride the group tried was The Tower of Terror, an abandoned hotel stuck in the twilight zone where the lift travels to the top floor and plummets to the bottom several times over. It was great that we were able to do this ride as a group and to share the experience together, an experience that I had to relive twice because the pupils found hilarity in my screaming. Pupils were allowed more free time before checking in to go and see a short musical: Mickey and the Magician, filled with magical illusions, pyrotechnics, puppetry and stunning lighting effects. After the show pupils were given more free time and we finished our time in the park with the Star Wars night time show. Much like the castle fireworks, clips of the films were projected onto the Tower of Terror hotel combining lasers and fireworks again.

Although staff and pupils were tired having enjoyed Disney to the max, we finished off our day and weekend with a dinner show at Buffalo Bills where we saddled up to witness how the West was won in a spectacular, gun-slinging live arena show. Hosted by the legendary Buffalo Bill, famous faces, such as Chief Sitting Bull, Annie Oakley and the Rough Riders, re-enacted fabled moments from the frontier through stunning shootouts and sensational stunts. Plus there were special appearances by Mickey and Friends to help us cheer on all the action.

I am confident in saying that the weekend was enjoyed by all and would like to thank Mrs Collins-Ballands, Mrs Watson and Mrs Conway for helping me to make it happen.