Election Hustings get under way 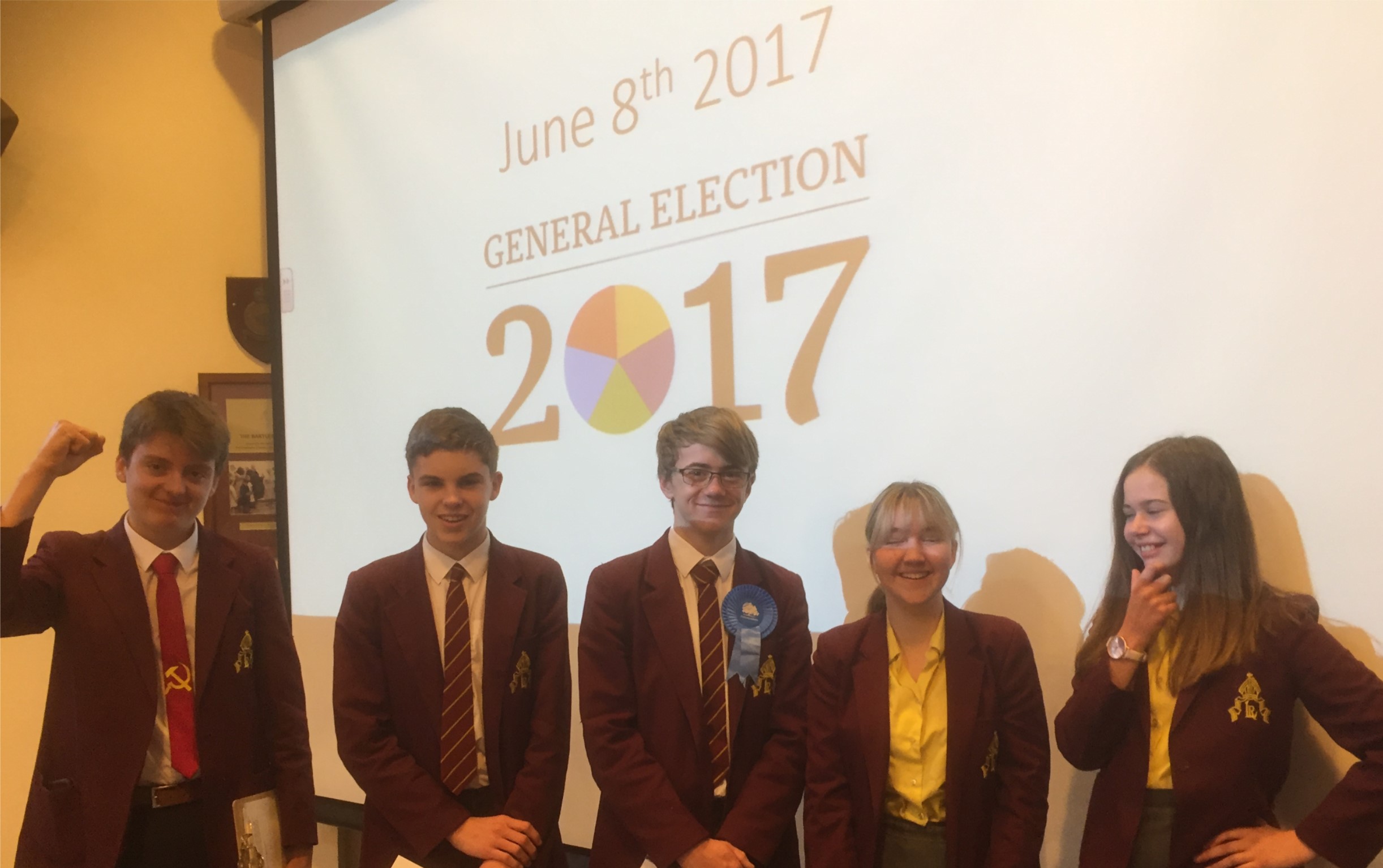 Pupils from Year 10 have been working behind the scenes to run as party leaders for a Mock Election which will be held in school on Thursday 8 June. Those involved were:

All candidates had to complete a nomination paper, which was signed by a proposer and a seconder, along with eight other supporters. They were also challenged to get the signatures of support from 30 other pupils – five having to be from each Year group from 7 through to 10. Along with their nomination paper and signature they had to create a manifesto with five key points.

This week they have all delivered their speeches in the election assemblies. There will be an open Q&A session in the library on Wednesday 7 June, and then the voting will take place on Thursday 8 June with all pupils and students being issued with a polling card in order for them to cast their vote. We will bring you the results on the day of the election once all votes have been counted and verified.