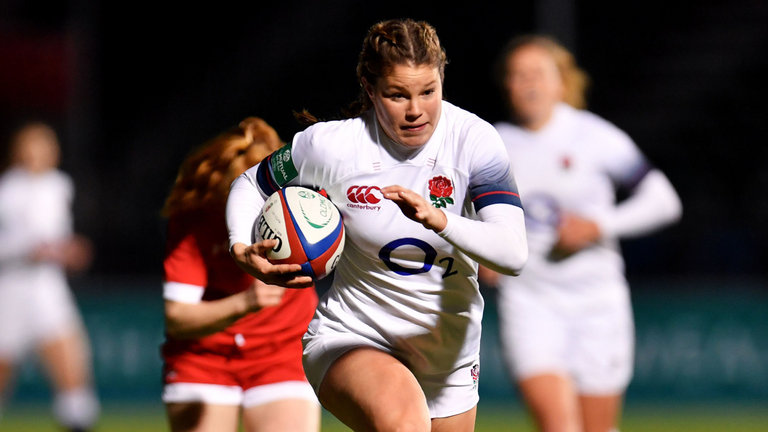 Not many rugby players can claim to have scored six tries in their first international game, but for ex Bishop Luffa student Jess Breach this became a reality in her first test match against Canada in November 2018.

The local sports personality has emerged onto the rugby scene making a huge impact, most recently winning woman-of-the-match last Sunday at the England France game in the Women’s Six Nations. England beat France 41–26 with Breach scoring two of the seven tries.

Breach played rugby alongside competing in athletics from an early age. She has seen many successes throughout her rugby career starting with helping Pulborough RFC win the National Championship in 2006. She went on to win the European 7s Championship England Under 18s in both 2014 and 2015 and a league and cup double with Harlequins in her first season with them in 2016.

She also represented England Schools as a hurdler when she was a teenager. In an interview with the Rugby Players Association she said that “hurdling was extremely beneficial [to her rugby career] and gave [her] the opportunity to improve [her] pace and agility.” She competed in the sprint hurdles and the relay at the England Schools Athletic Championship.

Jess joined Bishop Luffa in the Sixth Form where she studied Media, Geography and PE at A-level. Her PE teacher, Mr Brown, said that she was an “incredibly talented performer” in a number of sports and it was “incredible to see her progress as a player” from a 7s player to a 15s player for England.