Imogen sets herself a challenge 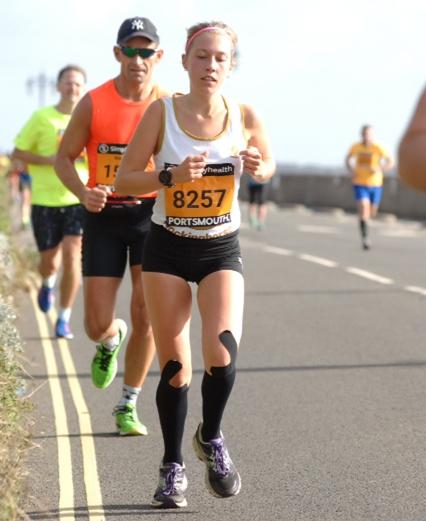 Imogen Matthews (12Andrewes) is a keen runner and in January of this year she decided to set herself the challenge of raising £1000 for Rocking Horse Children's charity, by running 3500km. This week she has been invited to the Royal Alexandra Hospital in Brighton to thank her for her efforts along with other fundraisers.

So far Imogen has raised a fantastic £622 and we are sharing her story in the hope that we can help her to reach her total.  Here is Imogen's story:

"January 2017: I will be running 3500km over the course of 2017 to raise money for the Rocking Horse Children's Charity although I would love to beat my goal of 3500km. Rocking Horse is a Sussex charity (The Royal Alexandra) who I feel I would like to support.

"September 2017: I have run 3127km, so I am well on my way to beat my 3500km goal with still 3months left of the year! I am really proud of this because I injured my knee after a bike fall in May so was unable to run for at least a month. However with my GCSEs this year I have not been very active in collecting sponsors.

"November 2017: Yesterday I reached my 3500km goal and I think I will make it to 4000km by the end of the year which is very exciting and even though I faced an injury in the summer I have still done it. Thanks to all those who have sponsored me already, I have raised over £500 but would love to get £1000 by the end of the year. Thank you - Imogen Matthews"

If you are able to support Imogen please visit her Justgiving page https://www.justgiving.com/fundraising/3500km-goal