Jessie Younghusband shoot for the stars! 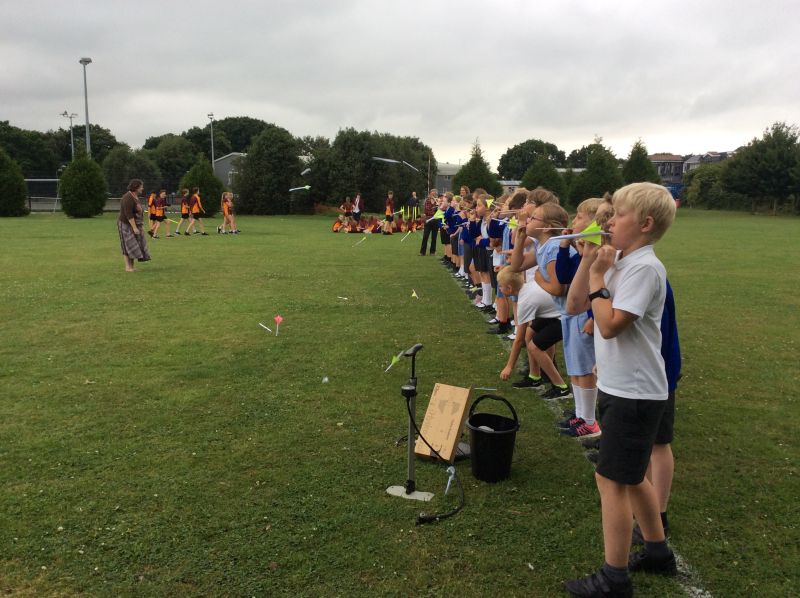 A group of Year 6 pupils from Jessie Younghusband School recently visited us and had great fun making rockets. The children made projectiles first from rolled paper which they tested out in the lab. Mr Robinson had done a brilliant introduction about the difference between projectiles (fired) and rockets (own fuel source). They then got to test their paper projectiles on the field and the one that won (went furthest distance) had three small fins so we discussed why that had flown the best. Mr Robinson then showed them the water/compressed air rocket which McKenzie was allowed to fire as he had made the best projectile! Three were fired, and the angle and water quantity changed, to see if that made a difference. Our Science Technicians then demonstrated the compressed air projectile which flew surprisingly high! A good time was had by all! 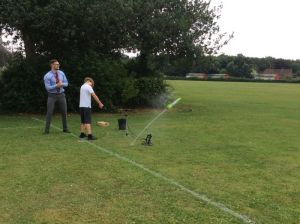