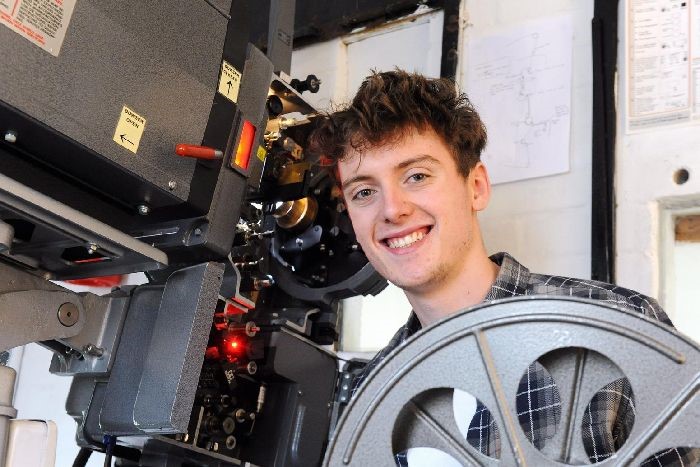 Joe Cornick (12Burrows) has been busy renovating a cinema in his home village of Slindon as part of his Extended Project Qualification (EPQ). Joe has been restoring a projection booth in a 1930’s cinema hall, installing a new 35mm film projector.

Since undertaking this project Joe has become one of the youngest projectionist that runs 35mm film. The whole project has received considerable media attention, from the BBC, Chichester Observer and local radio stations.

The opening nights are on the 10th and 11th of May showing Man in the Moon. More information on the Slindon Cinema can be found on their Facebook page https://www.facebook.com/slindoncinema

Joe is one our Sixth Formers taking part in a charity expedition to Tanzania in July and money raised from the ticket sales will be going towards his fundraising for the trip.