On the 5th of November at 6.30am, myself, Jemba Valerio (12Burrows), and Imogen Miller (12Sherborne) got on the plane headed to Auschwitz, Poland with the Holocaust Education Trust, as part of their programme Lessons from Auschwitz. The day that lay ahead of us was long, hectic and emotional.

We started our journey in the town of Oswiecim where we visited the site of the Great Synagogue. It was one of the largest synagogues in Poland and was completely destroyed by the Nazis on the 29th November 1939, and all that is left of it today is an open patch of land. At the time of the Nazi invasion, more than half the population of Oswiecim was Jewish. The community was over 400 years old and there were then more than 20 synagogues in the city.

We both found it very difficult to comprehend how such a grand building could have once stood where we were now standing. It was very emotional to realise how deep the Nazis persecution went, not only did they want to destroy the race, but also their rich culture and history too and the Great Synagogue is a perfect example of this. 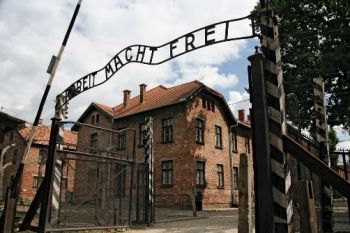 We then travelled to Auschwitz I, the main concentration camp. From its founding in 1940 to the first months of 1942, it functioned exclusively as a concentration camp—a place of slow killing as the result of deliberately created, inhuman conditions and starvation. Then from the first months of 1942 to October 1944, the camp continued to function as a concentration, while also functioning as the largest centre for the immediate, mass killing of Jews brought here.

As soon as you enter through the iconic gates reading ‘Arbeit macht frei’ (Work sets you free) the whole atmosphere shifts. The air becomes heavy and a sense of grief and solemnity washes over you.

Auschwitz I is now used as the main museum where we learnt about the inner workings of the camps, the different prisoners and their lives in the camp and so many details that one just doesn’t think about – such as the use of the hair once it’s been shaved or how cold it had to have 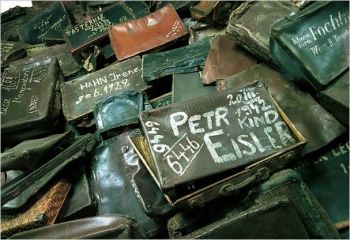 been for a prisoner to not need to work. In Auschwitz I, the part that really stood out and made this whole experience a real historical event was viewing approximately 3,800 suitcases all with a first name, a last name, and the year that the person was born. Seeing all these names makes you realise that every one of these 6 million people were individuals, real people with names, birthdays and lives.

We then went to Auschwitz II or Auschwitz-Birkenau, the main concentration camp. The majority—probably about 90%—of the victims of Auschwitz Concentration Camp died in Birkenau. This means approximately a million people. The majority, more than nine out of every ten, were Jews. More than 70 thousand Poles who died or were killed in the Auschwitz complex perished in Birkenau. So did approximately 20 thousand Roma and Sinti, in addition to Soviet POWs and prisoners of other nationalities.

The first thing that stood out for us after we had made our way along the railway track and into the camp was the sheer size of it. While standing at the front of the camp, you cannot see the ends on any side, it just continues and continues. Birkenau covers 171 hectares or 423 acres. It was so overwhelming trying to take it all in and then to try and imagine it doubled as the Nazis had planned. 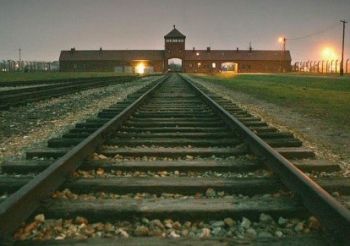 At the end of our day, cold and wet after the non-stop rain of the day, we huddled together on the floor of the decontamination room, and Rabi Epstein spoke to us all. He spoke about how this feeling of fatigue, cold and longing-for-our-homes was the best feeling in the world. We have been given the basic human right to leave this place, whereas 1.1-.5 million people were not. We have the opportunity to look at the worst of human beings and to move away from it. Move away from this inhumanity and be the most genuinely human we can, with compassion and empathy and warmth.

To follow on from this experience we will be speaking in the every year assembly on the week of Holocaust Memorial (Monday 27th January) about our trip and the lessons of compassion that were spoken about.

This trip was an overwhelmingly emotional day. Even when standing in a gas chamber, it is so hard to properly comprehend the devastating tale of events that we were hearing about, but it is so important to try, to give these individuals the memory and respect they deserve, to not let them fade into a statistic, into the past.