A few weeks ago some of our mathematicians spent the day at Balliol College, Oxford.  Here's Lily Proctor-Heather's (7King) report:

Going to Balliol college was such a great opportunity. I had a wonderful time. Everybody there was so nice when they greeted us.  When we were walking to the lecture room, we saw part of the Balliol college. It was huge. The way the college is laid out is beautiful, the extra parts like the crenulations on top of the buildings, the plant life (trees, flowers) and lots more made the college beautiful!!!

As we went into the lecture room we were introduced to another school. This part of the trip was the listening side. She talked about higher education like universities and different ways they can impact your life.  We were shown their website Oxplore.  On the Home Page you find a question. Our group question was “Should you ever fall for a chat up line?” Then we choose yes or no. Once we had decided it took us to information about the question which we could read. Then the question appeared again to see if we changed our gut opinion.

This led to splitting into groups of five; each group had their own question to answer. My group had “Is a robot a person?” Straight away our opinion was no. Our reason was a robot is not a person because they are made from machinery and don’t have emotions. Next, we were given some information on robots (just like the website). Some of our opinions changed.

There was a challenge to see who could come up with the best question; the winner got special Jellybeans. My group came up with different questions but the best one was “If the universe started expanding would there be enough space for it to expand into?” - our group won the jellybeans.

After that it was time for lunch. The lunch was delicious. The hall was huge. To most of the people who came they thought the hall looked a bit like the Great Hall in Harry Potter.  Then it was time for the tour. We first went to library. We had to be quiet and it is only for students. There were three parts to the library. We got to look in two of them as the third one was for graduated students. Some of the books were quite old.  The next place we went to was the chapel. It was quiet. It was also a nice place to just sit. We were told that the choir rehearse in the church.  The last place we went was the common room. It’s where the students can relax. It had a café, table tennis and more.

Then we went back to the lecture room and were joined by three other schools. This time we were doing maths. James was funny, and he loved maths. He told us that he studied maths lots. Then we started solving problems.  One was “A smoothie bar has six types of fruits, how many different flavoured smoothies can you have with three different fruits?” Everybody was keen to solve it. James told us about two about methods.  Sadly, the experience came to an end. I had a great time. Everyone was so nice to us. Balliol College was so kind for letting us have this amazing opportunity. 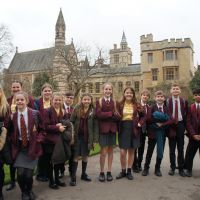 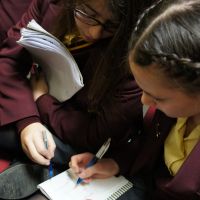 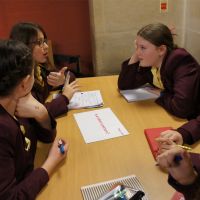 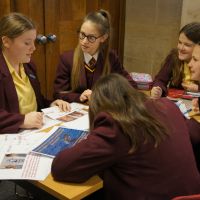 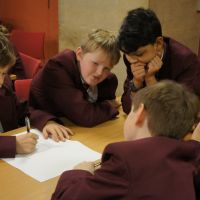 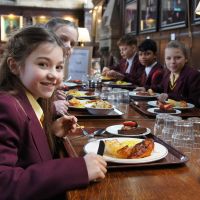 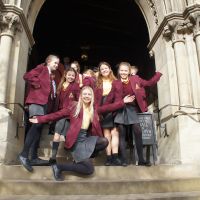 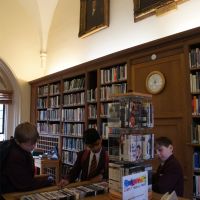 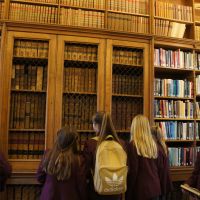