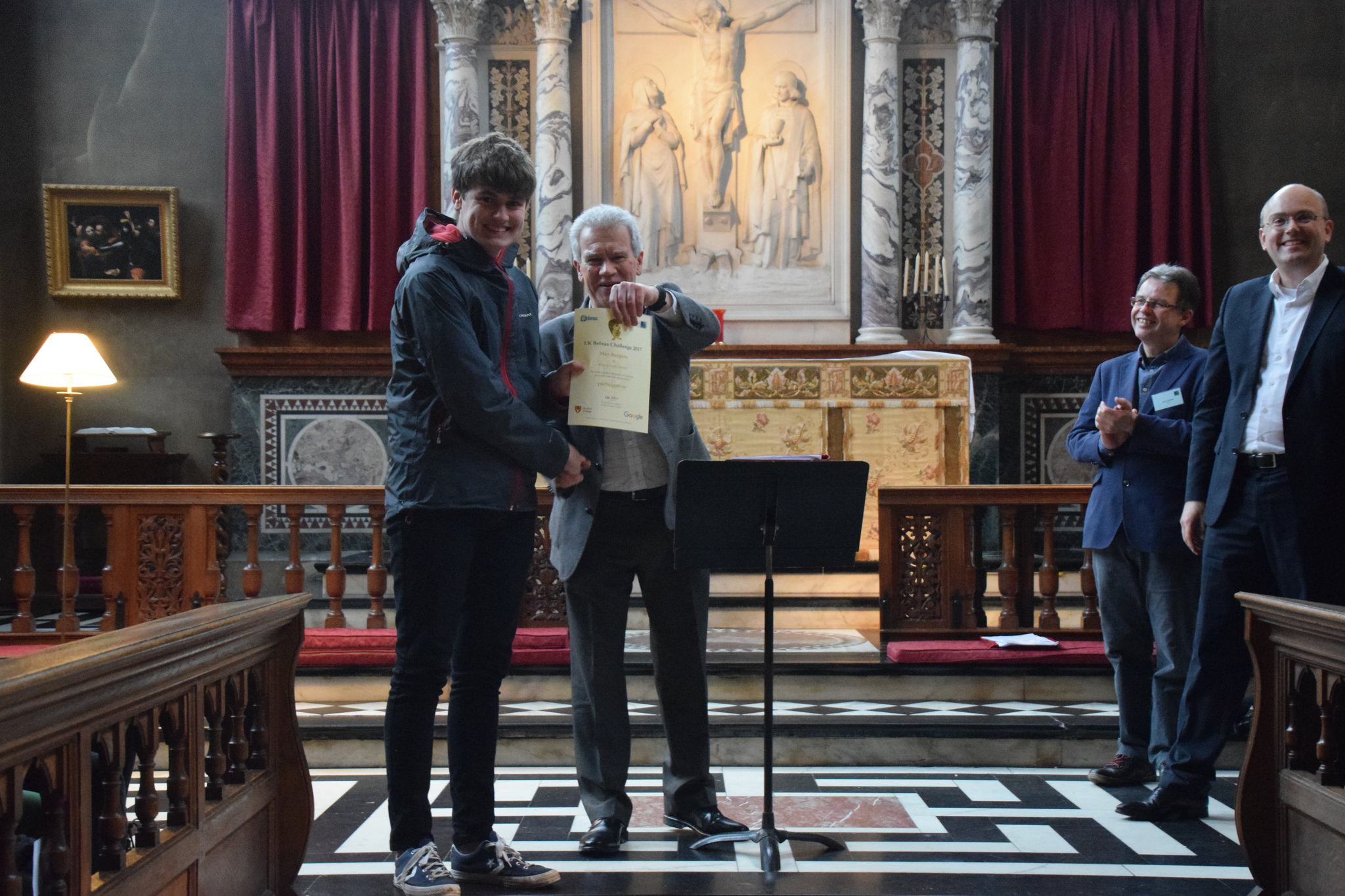 Talented student Max Burgess (12Otter) was invited to the Department of Computer Science at the University of Oxford at the end of January as a finalist in a UK-wide computing competition – The UK BEBRAS Computational Thinking Challenge.

Reaching the final of the Elite age group is an impressive achievement, as 5,174 students entered the first round for the age group (16–18). Max was among the top 60 highest achieving students invited to the final round in his age group, and was presented with his finalist’s certificate at a prize-giving ceremony at Hertford College.

The UK BEBRAS Computational Thinking Challenge, supported by Google, is designed to get students excited about computing and computational thinking. It is a problem-solving contest with questions inspired by topics in computer science. In the first round, held in their own schools, students have to try and solve as many problems as possible in the allotted time. There are six age categories. The highest scoring students from the four oldest age groups (Elite, Senior, Intermediate, and Junior) were then invited to the Department of Computer Science at Oxford for the finals over two weekends in January and February.