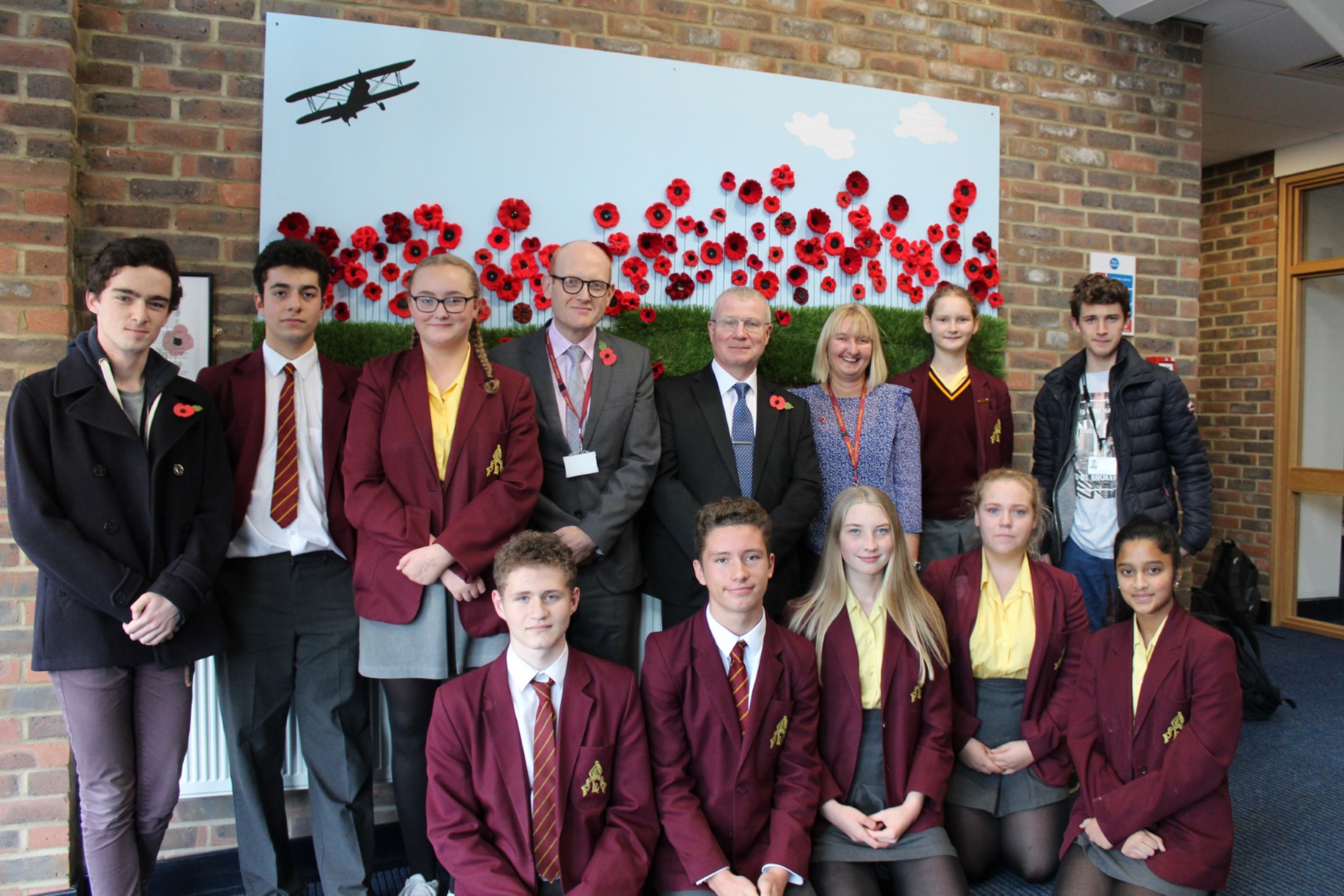 Bishop Luffa School were visited by Julian Evans, a Director of the Commonwealth War Grave Commission (CWGC) on Tuesday 6 November. Julian spoke to groups of pupils at the school about the work of the CWGC, from the founding of the CWGC in 1917 through to the present day and beyond. Pupils learnt about commemoration and what happened in the Great War and why this is still so significant today. It inspired many pupils to research their own personal links to the First World War (particularly as part of the 100 Years or Remembrance commemoration) and the CWGC graves in the local area.

Gabriel Collinson (8Wilson) was particularly interested in the huge numbers of graves they look after. “We were told that 1.7 million British and Commonwealth personnel died in the first and Second World War and CWGC made graves or memorials for as many people as possible, work which is still ongoing today.”
Alex Gyopos-Cooke (8Wilson) and Dougal Rattray (8King) commented, “It was amazing to think about how they managed to remember so many dead and found them even before WW1 was over. Personally I had never thought about the problem of burying the dead, naming the dead and building the graveyards. We found it very interesting about how they are still finding and naming lots of soldiers using modern DNA technology.”

Jacob Carr (8Sherborne) said “One of the more interesting parts was how the CWGC dealt with the problems they faced one by one, from finding the dead, marking the graves and letting relatives know. It was also really fascinating to see the current CWGC cemeteries compared to the ones soldiers usually had which were during the war.”