On Thursday 31st March we were delighted to welcome Sergeant Laura Barrigan from The British Army to the school, when she gave an inspirational talk to our Year 10 students about her fantastic record-breaking row across the Atlantic with ForceAtlantic. Laura is a serving Exercise Rehabilitation Instructor within the Royal Army Physical Training Corps and took part in the race with Captain Scott Pollock, Warrant Officer Victoria Blackburn and Staff Sergeant Phillip Welch.

The team were rowing with a primary aim to highlight the opportunities that exist to everyone in the Army regardless of their gender, social class or their level of sporting ability.

The 3,000 mile race departed in mid-December and took the team across the North Atlantic Ocean in a 8.5m long rowing boat, which was unsupported. This was the ultimate test of physical and mental endurance, with the team rowing in two hour shifts both day and night.

Not only did the team complete the challenge but they broke the world record by rowing the Atlantic in 40 days, resoundingly beating the previous record of 42 days.

The Year 10 students found the talk both motivating and inspirational, and it made them see that anything is possible if you put your mind to it. 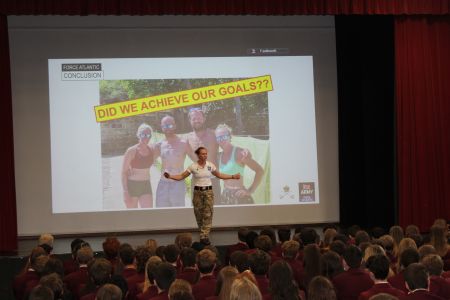 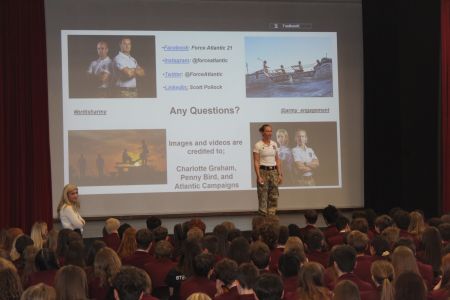