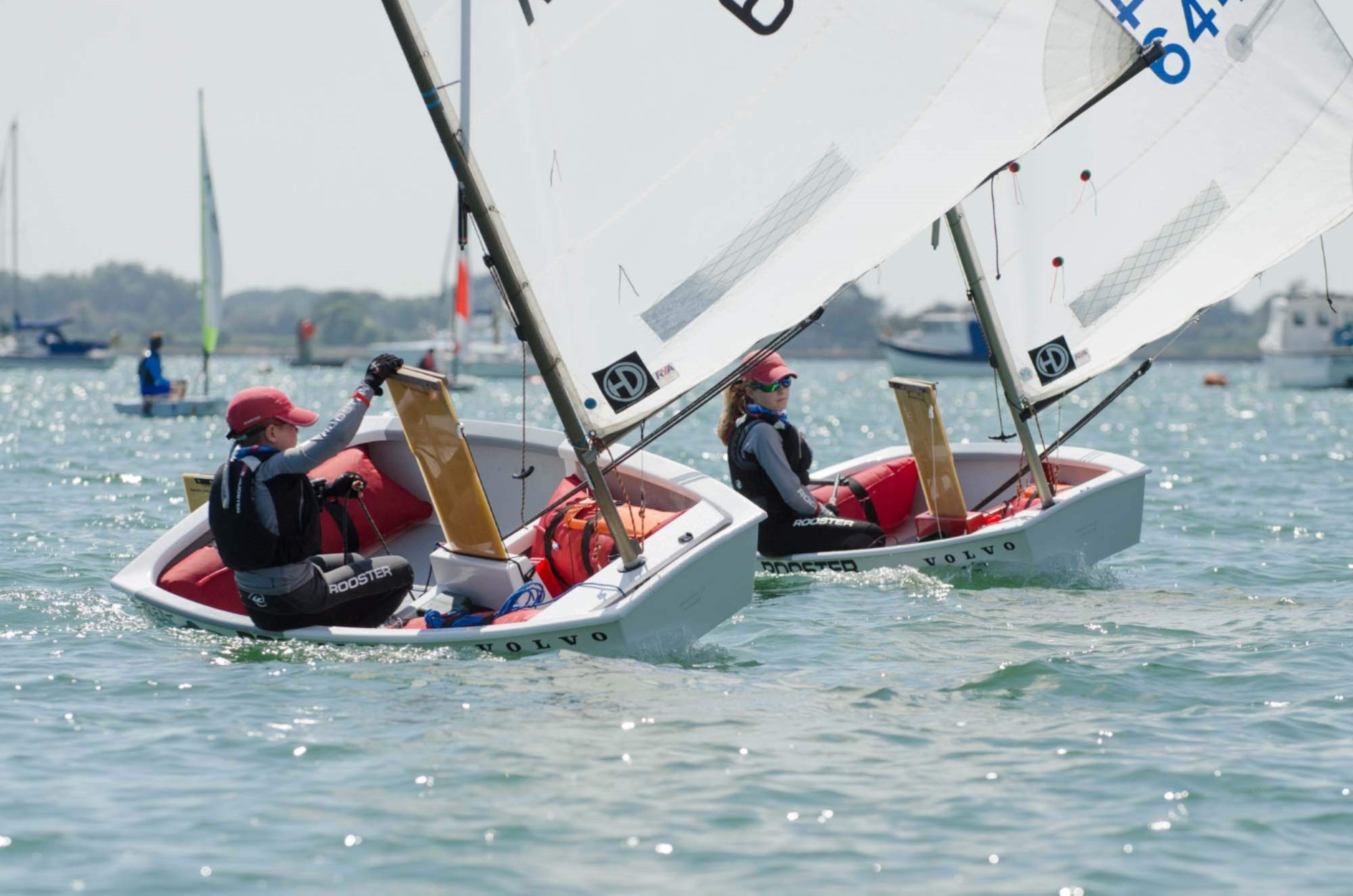 We are delighted that Gwen Sargent (8Burrows) and Johnny Sargent (7Burrows) have been selected to join the RYA UK Optimist Squads. Johnny finished 34th and Gwen finished 89th in the National Ranking for 2018 (225 eligible sailors are included in the ranking series) – a fantastic result.

The purpose of the Junior Squad Programme is to feed talented sailors into the Youth and Olympic Programmes at the appropriate age and ability, to enable them to succeed at World and European Championships in future years.

Winter Squad training began in October 2018 and participants have already attended four training camps at Weymouth, Cardiff, Rutland and Draycote. Two more will following in February and March. As well as training camps Gwen and Johnny will be off to Spain and Holland to compete in international regattas.

The Optimist Squad Programme currently supports around 60 sailors between 10 and 15 years of age. With the support of the RYA and national coaches it offers the sailors access to a highly subsidised World Class Training Programme designed to help them go on to achieve international success in the future. The Optimist dinghy is the leading internationally recognised sailing boat for children under 16 and is a key part of the Royal Yachting Association’s Junior Programme.

This is a fantastic achievement by Gwen and Johnny and we wish them well in their forthcoming adventures at sea!