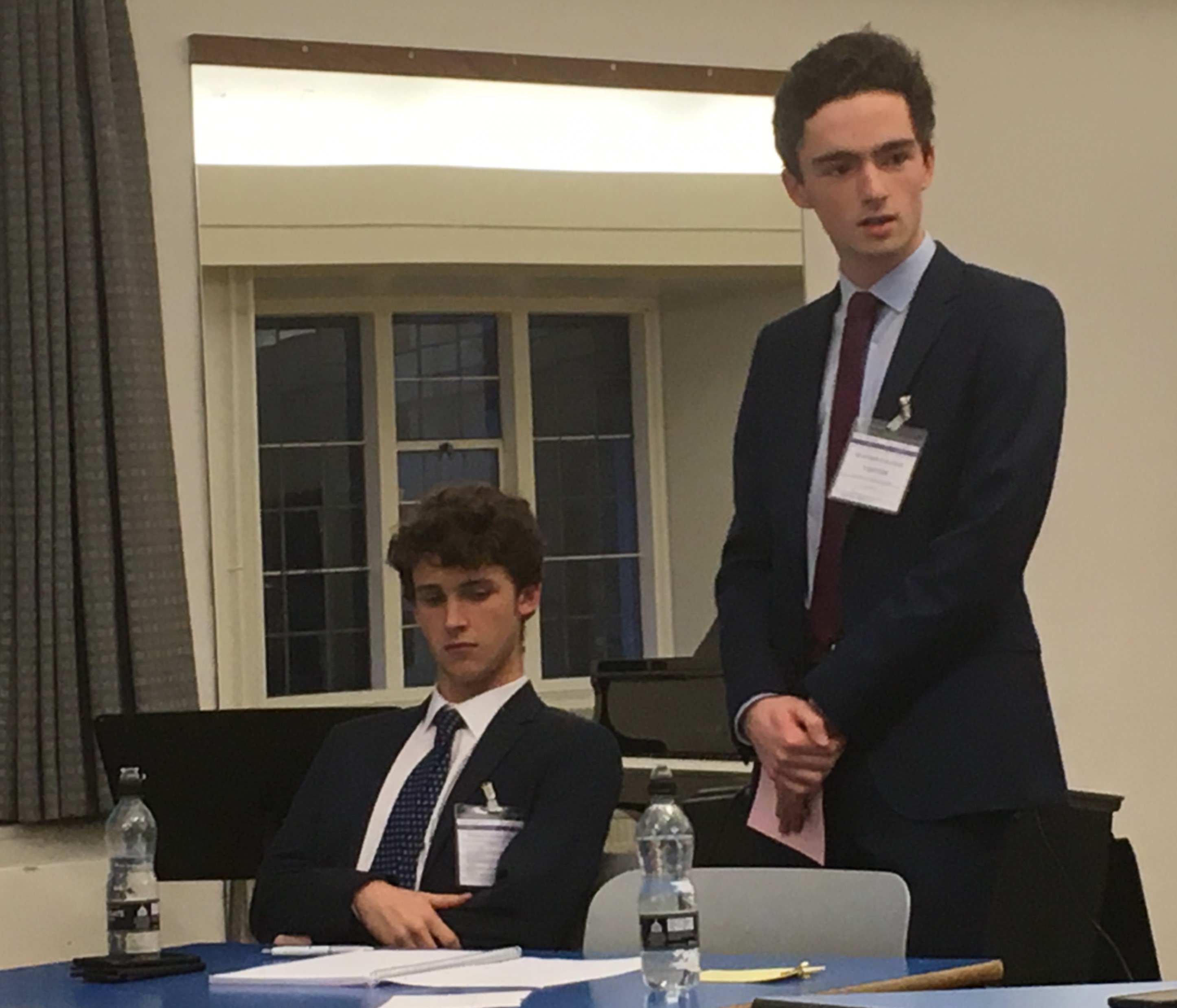 Sam Osmend (13Ridgeway) and Sam Turner (13Burrows) were delighted to take part in the first round of the English Speaking Union (ESU) Schools' Mace on Wednesday 28 November.

Held at Seaford College, the first round featured teams from six schools, debating topics ranging from building on greenbelt land to the effectiveness of Britain's voting systems. The Bishop Luffa team, the only state school participating, was sent through to the second round along with two other teams.

Sam and Sam proposed the motion 'This House would ban the sale and consumption of meat' and they were up against an accomplished team from Lancing College.

We await the details of the second round.