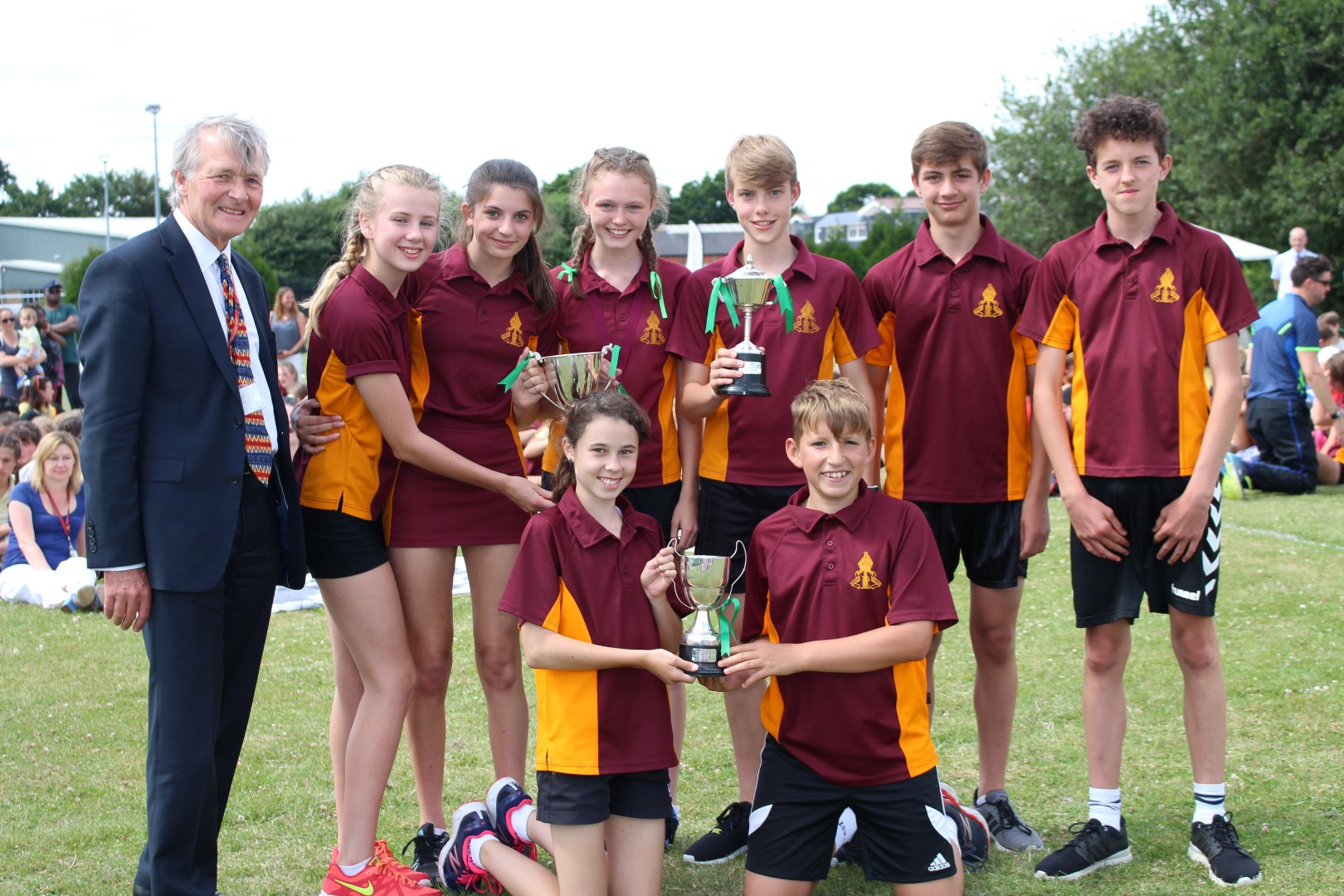 Bishop Luffa’s annual Sports Day was held today in perfect weather, the sports were highly competitive and pupils received rousing support from their Houses. Congratulations to Andrewes House for winning both Sports Day and the overall House PE Competition. Today saw pupils from every form contest for the Sports Day Cup. This hotly contested competition gives an opportunity for pupils from all levels of ability to compete and score points. Each year group can win silverware for their House. Pupils competed in all the sports with great spirit and fine sportsmanship.

2017 has truly been an exceptional year in terms of sporting performance. The pupils have been successful in winning numerous West Sussex West titles in a multitude of Sporting activities. We have seen Netball, Rugby, Athletics, Cross Country and Swimming teams contesting County finals. The Cross Country, Athletics and Five a side football teams have all gone on to compete in the South of England finals. Fifteen pupils have qualified and gone on to contest National school finals this year in Cross Country, Trampolining, Judo, Fencing and Athletics

This summer the trend has continued as our athletes have set over forty new school records in the space of just three months. In a number of events the records have been broken on numerous occasions by different pupils all striving to achieve their best performance.

Today we also welcomed Mr Andy Hall as our special guest. Andy is a former pupil of Bishop Luffa and has the honour of holding the oldest remaining Sports Day Field record set in 1977. His Year 10 (or Year 4 as Andy remembers it!) Shot Putt record of 12.90m is exceptional and is likely to stand for some time to come. Andy has spent a considerable amount of time this summer coming into school athletics club and helping to coach our present pupils in all the throwing activities. In Andy’s words “When I was at school my PE teachers invested a lot of their time in me, this is my way of giving something back”.

Sports Day is just one event in our School Games programme. This inter-house competition runs all year round and has seen pupils battle against one another in a range of sporting activities. This year the contest is really close as our top two teams are separated by just a single point. Every house still has the opportunity of winning the School Games Cup, which will be presented this afternoon by our headteacher.

The winners on the day were: