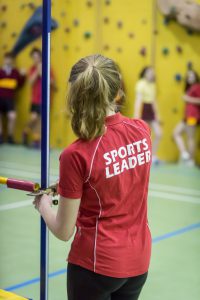 A fantastic evening on Friday saw Wilson House crowned as overall winners of the Interhouse Dance Finals. As part of the Interhouse competitions Rugby and Volleyball events have also recently taken place with Wilson winning the Rugby, and King and Wilson being named as joint winners of the Volleyball. Many of our pupils and students are also involved in extra-curricular activities.

Congratulations to all pupils and students for their sporting achievements.