Success in the Bar Mock Trial 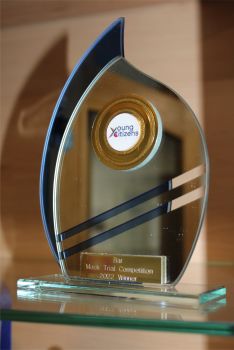 On the 26th March Bishop Luffa’s Sixth Form Bar Mock Trial team travelled to Southampton to represent the school in the Regional Bar Mock Trial competition. For the competition, we were given modified but real cases in which we all took on roles of barristers, witnesses and court staff to argue them as best as we could in court. We were also joined for the day by Callum Munday, a former Luffa student and Bar Mock team member who is now a practicing barrister.

Throughout the day two cases were argued by our barristers in front of Judges and Magistrates from the local area: one of actual bodily harm and another of witness intimidation. After three rounds representing either the prosecution or the defence against the other schools competing, it was announced that we were one of the top two schools and had progressed to the final round of the day.

The final round tried the case of R v Piper, actual bodily harm allegedly committed in a cocktail bar. Despite a tense trial, both teams seemingly equally good and the jury unable to reach a verdict, it was announced that Bishop Luffa were the winners.

Competing taught us all valuable life skills such as public speaking, critical thinking and how the justice system operates. For those of us taking Law A-level, it was useful for us to apply our textbook knowledge to a practical situation. Many of the team are considering careers in Law, with the competition giving us insight to what a job in the legal system would consist of.