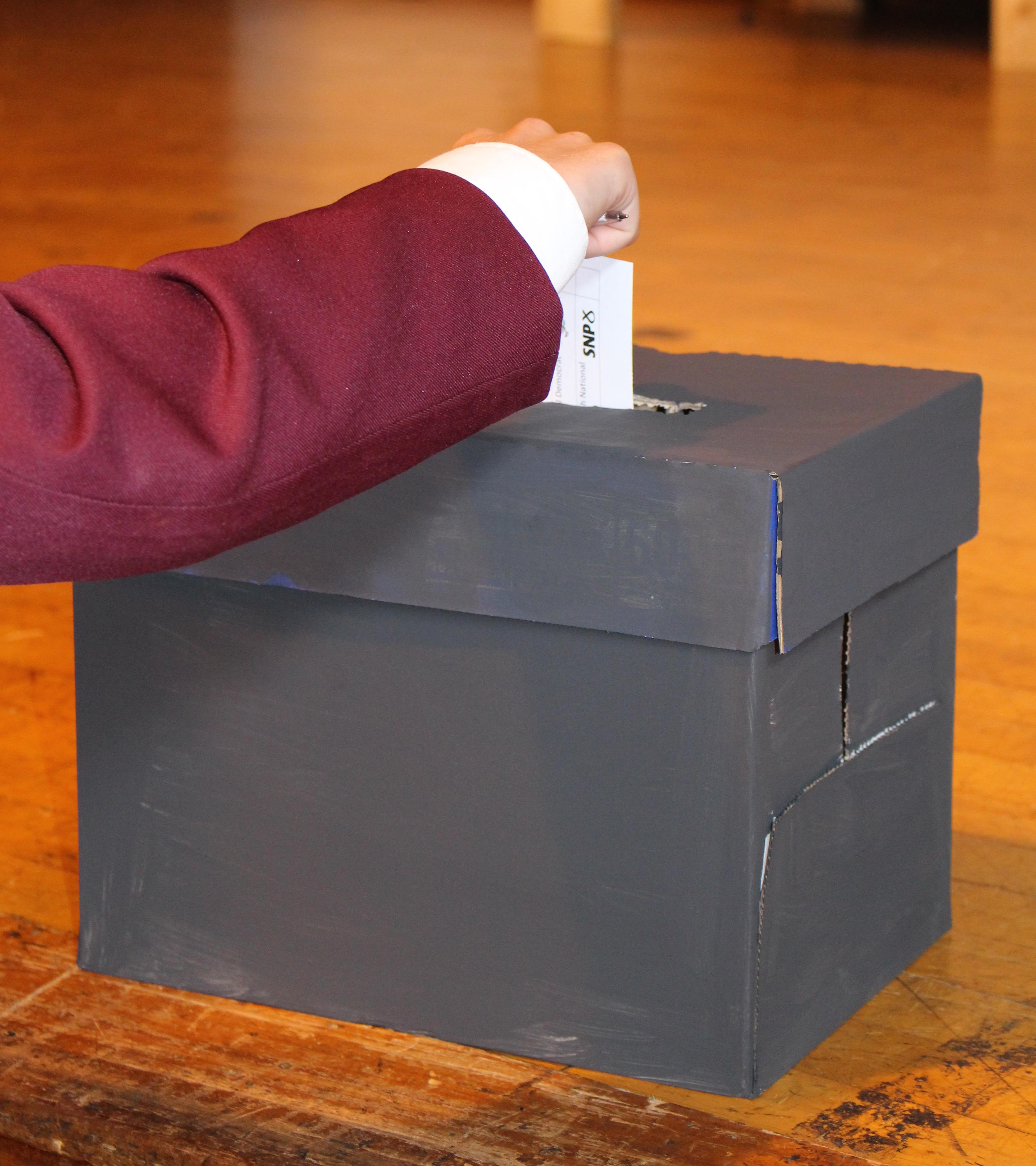 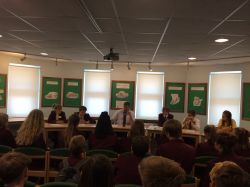 The candidates in our Mock Election undertook a week of campaigning up to the final vote on Thursday. Wednesday saw them involved in a question and answer session in the school library attended by pupils who were interested in knowing a little bit more about their manifestos.

Wednesday also saw pupils and students being issued with a polling card which they then exchanged on Thursday for their voting slip. On the day of the vote each House was allocated a room where they went to vote during tutorial, with the whole process running very smoothly.

The ballot boxes were collected, emptied and the votes counted with the results announced during break on Friday. 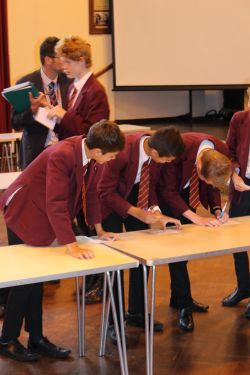 The Election results in full were:

Spoilt papers (from either ticking, graffiti or destroyed) – 105

The Returning Officer, Mr Ian Thomas, therefore declared that Joe Hughes-Cornick for the Communist Party was the winner of the main school vote, and Jess Holmes for the Green Party winning the vote in the Sixth Form. 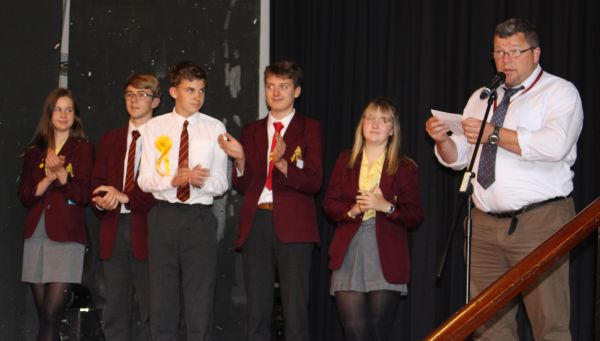 Thank you to everyone who took part and in particular to Mrs Smerdon-Corp who organised the whole event.