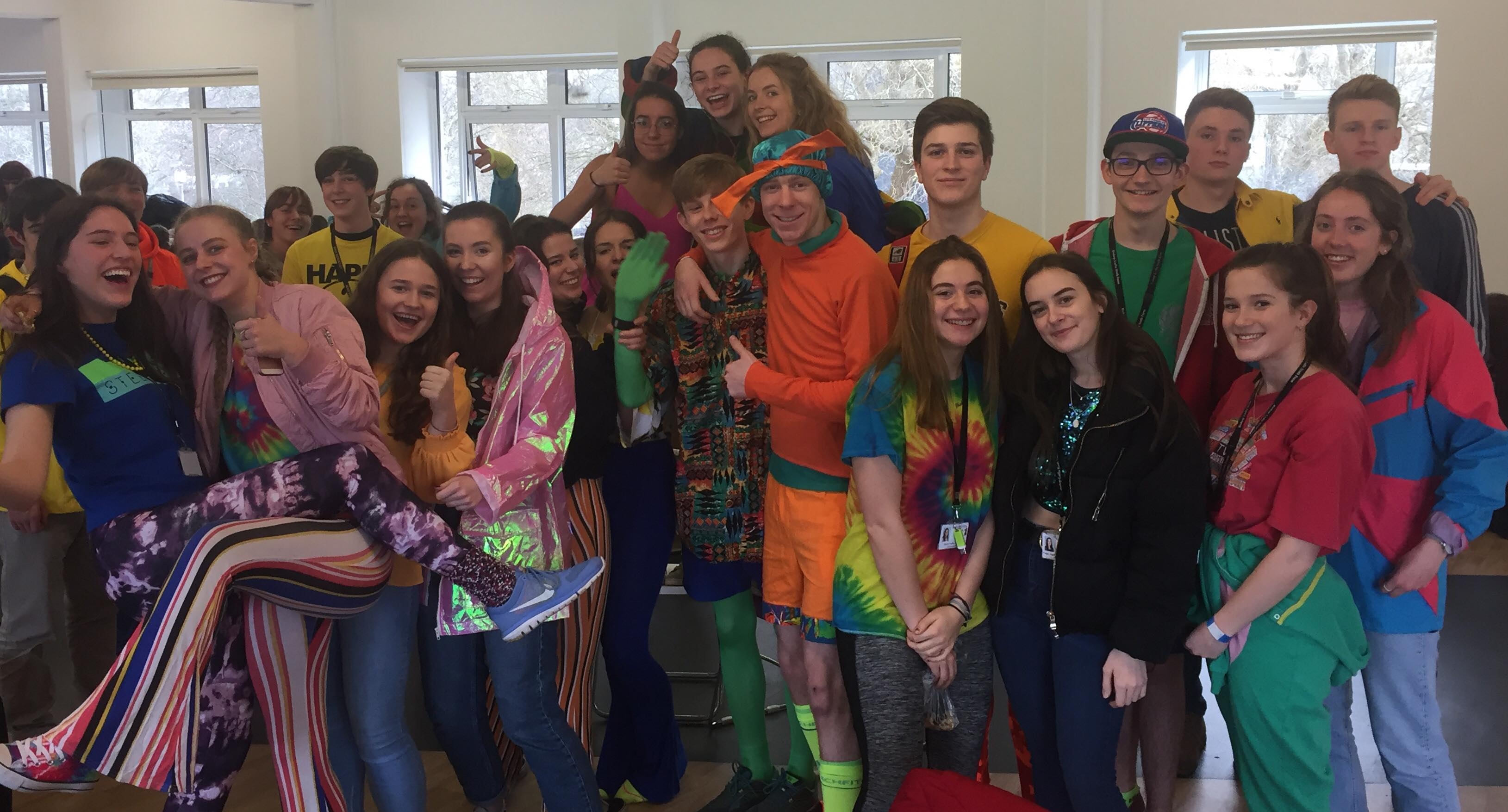 The third day of Charity Week brought the Sixth Form to life with many participating in the colourful themed dress up day. The lunchtime event was Human Kahoot where the pupils had to guess the right answer from a list of four options to a question about teachers at the school, with questions such as "Which teacher has performed at the Royal Albert Hall?" catching many out, with the answer being Mr Jackson. As well as "Which teacher won the national break dancing championships?", which was incorrectly guessed by many with the correct answer being Mrs Hobbs! Through elimination of those who were wrong, the audience was narrowed to a single winner. This was a fun and very competitive event.