Year 12 visit the Houses of Parliament 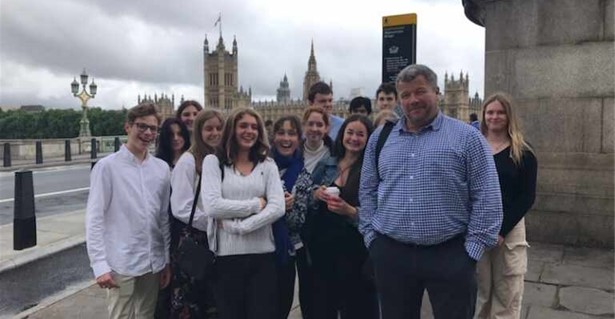 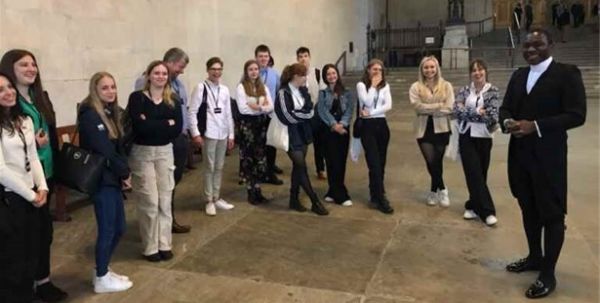 On the 6th June, Year 12 Law students had the privilege of visiting the Houses of Parliament, a day which turned out to be a very significant one.

With press beginning to arrive at the Houses of Parliament, the day had a new sense of importance and excitement. On our tour around the Houses, which we later learned was actually a palace, we were amazed by the rich history of the building. We were able to appreciate the building’s incredible architecture, its beautiful portraits, statues, and Queen Victoria’s 23 carat gold throne! We were lucky enough to be able to walk around both the House of Lords and the House of Commons (which is much smaller than it looks on TV) to see the rooms where all of the country's important legal decisions are made on a daily basis.  We also had the pleasure of being able to meet the Serjeant at Arms, Ugbana Oyet. Ugbana is an ex-Luffa pupil.

The trip was fascinating, gave us a whole new perspective on how our country is led and has maybe even inspired the next generation of politicians!