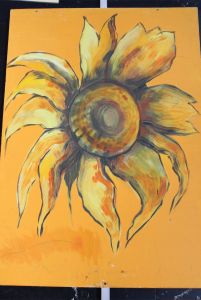 It has been, without doubt, another challenging year for everyone in Wilson house. Despite the numerous disruptions and difficulties that we have all faced, Wilsonites have still made the most of a testing situation and taken to school life with aplomb. 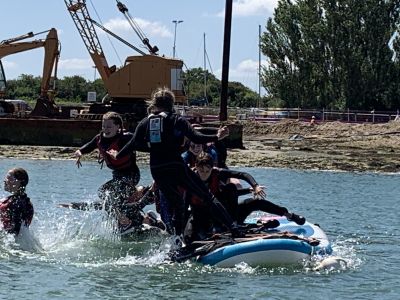 Whilst I don’t want to single out one specific group in what has been a challenging year, I do think particular praise has to go to 7 Wilson. For those joining 7 Wilson, they had to deal with not only losing out on the end of their time at primary school but also having to adjust to starting at a whole new school operating in a whole new way! Despite this, the group have achieved some great successes this year - individually, Hugh Williams came top of the school in the Bebras challenge, whilst Seb Chatozopolous winning the lockdown poetry competition against the entire school. Several members of 7 Wilson were also involved in the House play, fearlessly getting involved as much as possible!

As well as this, collectively 7 Wilson raised money during lockdown by donating money for every mile ran, walked or cycled. Regardless of the challenges thrown in their way, it has been wonderful to see 7 Wilson coming together into such a supportive group, exemplified perfectly by the way they all cheered each other on at the activities day at the end of the school year. There is a real sense of togetherness in 7 Wilson, perhaps best demonstrated by their involvement in form time activities in lockdown such as ‘silly hat Wednesday’! 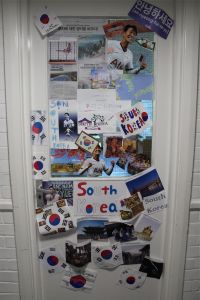 There were also some excellent collective efforts in other year groups. 9 Wilson won the Interhouse netball and were also involved in writing letters to the residents of Whyke Lodge care home. This was also something that other groups, in particular 11 Wilson, were involved with – sending not just letters but also pictures, drawings, and books.

Many of 11 Wilson are moving on the pastures new after their GCSEs; we wish them all the best and look forward to hearing about the next stage of their adventure.

Year 10 have also had an excellent year, despite having to struggle with the disruption of the start of their GCSEs. There were over ten applications for the first set of House colours, with all those who applied making a very strong case. Many of 10 Wilson are involved in supporting after school clubs, sports leadership and worship activities; I look forward to seeing how they continue into their last year at Luffa.

Wilson Sixth Formers have also been heavily involved this year. House captain Aniko Gyopos-Cooke and deputy House captain Megan Elkins have been responsible for a number of PR campaigns around the school to try and spread the Wilson House ethos, whilst Alfie Ayling, Izzy Smith and Jack Keane were involved with the House Drama production of Metamorphosis. Whilst unfortunately they didn’t get to the final, it was refreshing to see a different genre represented in the competition, as well as a cast drawn from across the year groups.

We continue to support our House charity, Friends of the Mombasa Children, who – like everyone else – have had a very challenging time over the last eighteen months. We raised nearly £300 for them at the beginning of the year with a non-uniform day, and hopefully will be able to raise more money from September when – hopefully – things have slightly returned to some sort of normality.

Whilst it has been a challenging year for so many students, it has still been a pleasure to lead Wilson and see so many students get stuck in as much as possible. I am looking forward to next year with fingers firmly crossed that we can return to so many of the things that we love doing!