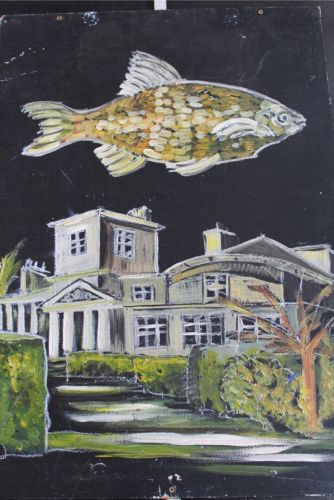 Each tutor group were asked to reflect on their personal highlights and memories from a hectic and productive year for those pupils and tutors in Sherborne House. 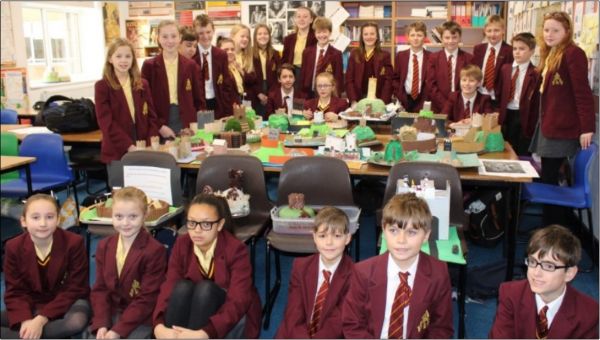 The first recollection that springs to mind for the newest members of Sherborne was their trip to the Isle of Wight. For many this was their first expedition away from home but nerves soon subsided when new friendships were struck up through a range of activities requiring team work and trust. While the perceived injustice of the teachers confiscating the sweet stash until the end of the trip still harbours some resentment from a few, Sherborne were particularly proud of their victory over a Ridgeway side lead by a former member of the armed forces in Mr. Bonney! Year 7 very bravely took up the challenge of presenting their memories and photos of their trip in the House Assembly afterwards.

Members of 7Sherborne were honoured and thrilled to play an active role in their first Eucharist when visiting St. Wilfrids Cathedral in May. Behaviour reports from Mrs Williams were of the highest standard (as usual!)  Through the dedication of Maisie Page and Daisy May Mount, 7Sherborne raised the significant sum of over £100 for the Isle of Wight Donkey Sanctuary during a sponsored silence. One thing that will be kept quiet is that they only managed as far as end of period 1, before having to restart!

A particular highlight for some were the fantastical array of festive Christmas Jumpers during charity Christmas Jumper day in December, which helped to get many into the Christmas spirit at school. Bookworm members of the form also volunteered to assist with the School Library’s Harry Potter themed night where a thrilling literary delve into the wonderful world of wizardly was had by all.

Year 8 quickly adapted to no longer being the youngest Sherbornes in the school and took on the responsibility of helping the new Year 7s integrate into the Luffa routine for which I am very grateful. Year 8 pioneered the random acts of kindness pledge made by Sherborne in February, where each pupil committed to one act of kindness throughout the course of a day (and hopefully beyond!) to raise money for the house charity. Compliments, smiles and kind gestures were shared by all for a good cause. Members of the form also organised a shoe box charity before Christmas for disadvantaged children. Special thanks to Bette Russell for her contributions to the House.

8Sherborne particularly enjoyed their visit to a Hindu temple this school year learning of the beliefs, values, and the way of life cherished under Hinduism. March saw the arrival of World Book Day, a literary feast for the keen readers in Mr. Cooke’s form. This was an opportunity for all to present and share their favourite books in tutorial time and recommend some additional reading for those interested in a host of different sub-genres. Keen participation in the Library’s reading competitions was rife within 8 Sherborne, with a book gift certificate won by Ben Plackett.

The end of Key Stage 3 was a significant step in the school careers of 9Sherborne with tough choices having to made on options for GCSE courses in January. Help and advice from Mrs Tyler and Mrs Barnett helped to guide pupils towards those subjects which best suited their skillsets. 9Sherborne kicked off the year with promptly organising the first Sherborne charity event – a homemade bakesale raising a sum just shy of £100 for Feeding Futures. Thanks go to Wilf Kieran and Eliza South for their help in coordinating this.

The vast array of abilities and talents were regularly on display throughout the year with success in a variety of different settings. Congratulations goes to Eliza South for her participation in the sail schools championship, Millie Simpson for her 1st place achievement in the Pony Club Championships Dressage contest, Josh Ramsden and Arron Wakefield enjoyed much success for their respective clubs in their burgeoning football careers, David Brown and Troy Johnson shared a very impressive 6th place finish in a Magic the Gathering card competition, Wilf Kieran represented the school successfully in the Magistrates mock trial and Rebekkah Leggatt will have the honour of performing dance with the Royal Ballet in London.

The first year of GCSE study brought similarly many stresses and successes in 10Sherborne during their Summer mock examinations. This was the first large scale exam period for these pupils and highlighted the WWWs, EBIs, tweaks and adjustments needed to reach their full potential next Summer. In March, 10Sherborne enjoyed a variety of different work placements as part of the school work experience programme. Employers ranging from veterinary surgeries to garages and from primary schools to football clubs all reported what a credit 10Sherborne were to Bishop Luffa in terms of their attitude and work ethic. I am also thankful for the excellent presentation of these experiences in the subsequent House Assembly.

In terms of extra-curricular activities, the girls and some boys came first in interhouse volleyball- a much needed sporting success for the House. Emily Sammutt starred in the Christmas Chichester Festival Theatre production, Sam Herbert was very proud to have his own quote selected to be on the school Penguin statue, 10Sherborne girls came third in Netball and the boys came second in house Rugby. Sophie Taylor came first in fleet sailing in a laser 4.7 in her club’s winter series and three pupils are playing key roles in the House drama production of “Burying Your Brother Under The Pavement”.

In a year where the inescapable anxiety of public examinations loomed large, Mr. Thomas tutor group still managed to enjoy light-hearted and informative starts to the day in tutor time and contributed significantly to life in Sherborne House.  The 11Sherborne infamous celebratory McDonalds breakfasts were a highlight for many in the form, expertly coordinated by Richmond Jeffery, Jasmine Mount and Maisie Simpson. Pupils paid £5 a head and contributions (by not getting change from what was paid) were given to the House charity for a termly unhealthy start to the day.

Mr. Thomas waged a year-long campaign to convince his form that the 80s was in fact the best decade through his epic Friday music quizzes. Seen as an opportunity to pass on quality music taste to the next generation, the response was mixed! Intrigue in the political landscape was stoked by regular discussions on the developments (or lack of them) on Brexit in tutor group debate, with presentations on a range of viewpoints in the tutor group equally holding court. Of particular note were some sporting successes in Inter-House football this year with a memorable goal for mainly the wrong reasons created by Rebecca Mann, Eleanor Hughes and Nat White. Phil Smith’s leadership qualities on the pitch came to the fore and the form ignored the naysayers to produce a much-improved finishing place than in previous years.