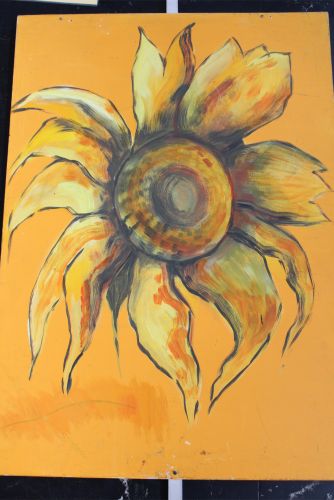 Having taken the helm at Wilson half way through last year following the much-lamented departure of Mr Goldsmith, I can look back at my first full school year as Head of Wilson and truly say that it has been a thoroughly enjoyable experience (although some of the students may feel differently). Working with the Wilsonites every day and hearing about what they have been up to is what makes the job worth doing; it is an honour to now be able to share some of their antics and achievements with you. 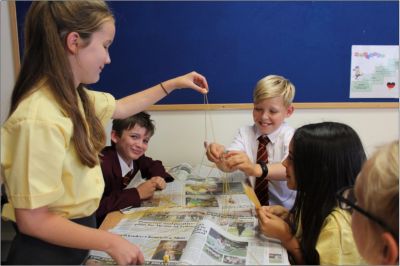 Our Year 7s have settled in to life at Luffa with remarkable ease under the stewardship of Mrs Stallard and Mrs Faulkner. 7 Wilson have been Digital Leaders, Librarians, Year 6 helpers and everything in-between, enthusiastically grabbing the many opportunities that secondary school has to offer them.  Needless to say it wouldn’t be Year 7 without the traditional trip to the Isle of Wight and I am delighted to report that Wilson beat the other houses in the ever-competitive ‘Headhunters’ laser quest – a well-deserved victory despite losing in the first round (which was obviously less important). I have no doubt that many of 7 Wilson will remember their gallant victory beyond the end of their school days.  Year 7 have also been heartily involved in inter-house sporting competitions and, although we have unfortunately been pipped at the post a few times so far this year, there is certainly a feeling that we have quite a few potential sports stars of the future.  The crowning achievement for Year 7 was winning the best decorated door for World Book Day – considering the fact the competition involved so many entries from all around the school and all different year groups, to take the coveted prize on the first time of asking was no mean feat. The standard has been set for the next four years though, so no pressure…

Having to cope with the departure of Mr Landy has been a shock to the system for 8Wilson, but Mrs Budgen and Mrs Ockwell have stepped in with aplomb to keep them on the straight and narrow. It is fair to say that 8Wilson are as diverse a group as you are likely to come across; I defy any other form in the school to have students with quite such a variety of interests ranging the entire alphabet, from axolotls to zettabytes.  Again, unfortunately our Interhouse exploits in Year 8 this year has been more a case of ‘so close but yet so far’, including second place in the inter-house netball and lots of hard work attempting to defend our inter-house dance crown, but I have no doubt that 8Wilson will be back and trying again next year.

When they come to writing the annals of sporting history, there can be no doubt that 9Wilson will be up there with other renowned greats like Portsmouth’s 2008 FA Cup winning side or the 2001 Seattle Mariners. 9Wilson have had continual success in inter-house rugby and football, but you can scarcely pick up a copy of the Chichester Observer without reading about some of the latest sporting escapades of 9 Wilson with a range of talent across track and field – at school level and beyond.

Our Year 10s have really settled down and found their feet this year under the steady hand of Mrs Richi. There can be no doubt that 10 Wilson must be one of the most all-round talented groups in the school, especially when we come to our musical prowess. The form were represented in vast numbers at the Charity Week Battle of the Bands competition and across a range of musical genres; no-one will forget Alfie Ayling dressed up as Robert Smith ably supported by Archie Farquhar, but full credit must also go to the winning group who brought home the (plastic) silverware, including Olly Weatherill and Tommy Bentley. The musical ability doesn’t stop there, with Megan Elkins and Aniko Gyopos-Cooke working towards their Grade 7 violin and Grade 8 cello respectively.  Many of our Year 10s are already starting to already think of life once they leave Luffa; some of 10Wilson were chosen to visit Oxford University, and all of our students explored their future options when they took part in work experience. It was fascinating to go and see some of our Wilsonites making their first steps towards being grown-ups and see how easily they adapted to the many challenges thrown their way – whether working in a primary school or a cattery (similar herding skills required in both).

11Wilson will go down as the group that made doing their GCSEs seem almost easy; despite the amount of hard work and revision they were putting in behind the scenes, they tackled their GCSE year with cool and calm composure. 11Wilson were superbly marshalled by the on-going support of Mr Evans who worked tirelessly to put minds at ease, helping them develop their mindfulness and manage their stress during the difficult exam period.  It was very rewarding to see Year 11 grow in confidence as the exams approached and see them supporting each other through some challenging times. As a close knit group they now go their separate ways into the world to a range of diverse and interesting locations; some of them we will see again in September, but those who go on to elsewhere – be it college, apprenticeships or the world of work - we wish the best for the future. I look forward to hearing what they get up to in the years to come.

At the time of writing the school year is not yet over – our Sixth Formers are currently working hard on directing the inter-house drama competition, War Horse. I am also grateful to our many Sixth Form volunteers who have been working as mentors to help some of our younger students, giving up their own time to help our smaller Wilsonites. Again, taking on extra responsibility and giving something back to the school willingly is a fantastic part of what makes Bishop Luffa the school that it is. 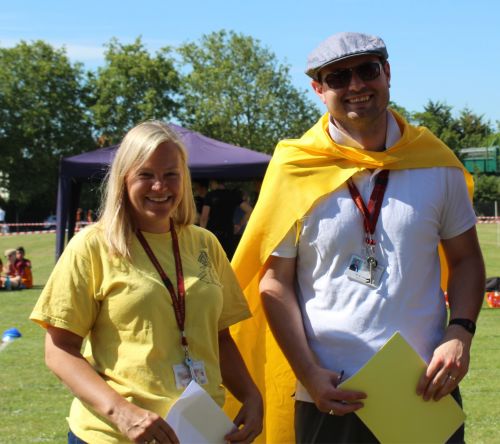 Of course, no piece about Wilson House is complete without mentioning our Christmas Fair in support of the Friends of the Mombasa Children. This year we raised nearly £1000 at yet another fantastically attended event supported by many members of the local community. I would not want to try and name all the students involved individually for fear of missing anyone out, including the Year 7s valiantly running the food stalls, the Year 10s (safely) doling out hot drinks to all-comers, not to mention those who worked to make things to sell for weeks in advance. All the hard work was much appreciated in making it another fantastic – if not marginally stressful – evening.

What unites all of these things – whether it be helping with the craft fair, the willingness to play in inter-house sport, directing the drama or helping our new Year 6s find their feet - is the sense of pride I feel in seeing students in Wilson playing a huge part in the wider school community.

Wilson’s House motto is ‘Wilson means family, and that means no one gets left behind’. Yes, we will have our difficult times, but we will always be there for each other at those challenging moments. What I have been struck by during my time in charge of Wilson is just how close the relationships are between the students and how supportive and empathetic they are; there is a real sense of house pride and a feeling that we are all looking out for one another.  I am proud of all of their achievements, and I look forward to being able to celebrate many more successes in the future.