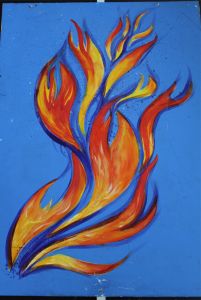 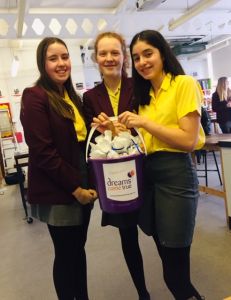 Burrows House. Where do we begin? Well, let's start with the obvious - we are the best House (there’s no doubt about it), we are better than Andrewes House at sport, we could take on Storey House any day for the House points cup, blah blah blah. The list is endless. However, it’s the little things that really make Burrows House, more than anything, a family. It’s the smiles we give each other in the corridors, and the waves when we’re coming into school. It’s the good morning you get from your form tutor, and the motivational talk from Mrs Bagdoniene (the best head of House by the way - just so there wasn’t any doubt). You've got the whole school surrounding you, as if it’s one massive family that's congregated for Christmas day, but your House is the people that you’d pull the crackers with, the people that you’d say ‘cheers’ with. Burrows House is different, as are all the Houses, but it’s this House that really puts the ‘B’ in Bishop Luffa.

7Burrows is the university form. Don’t ask me why, but the youngest ones seem to always be the oldest. Their rugby is unparalleled - literally - to any other House and don’t let me get started on the artists. If this was a school of painters, we would have Michaelangelo and Monet. Try and dodge them in the corridor, as a run in with members of this form will only leave you with a diminishing sense of your mental age. 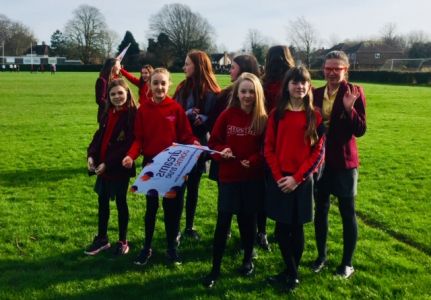 Well, that was quite hard to top but we may have found a good leveller: 8 Burrows. If you want a form that can do everything, and I mean everything, just come to the 8Burrows form room. I challenge you to find something they can’t do; everyone so far has failed. I’d happily bet a House on the fact that you couldn’t find something. They’ve got pianists, drummers, saxophonists and singers, and while you’re at it, why not throw in some football, rugby and some emerging Alan Sugars.

Have you heard about 9Burrows and the terrible incident? Rumour has it that Mr Hindman once walked out of their form room in tears, and when asked ‘what was the matter’, he replied ‘Romeo [blubber] just died’. I’m joking, but seriously, the next Tom Cruise is in that form. Honestly, if you still have a programme from one of the school plays, find out the Houses of the actors - Burrows, Burrows, Burrows… Apart from acting, I think you can guess - leaders in football, rugby, netball, dance… why am I even writing this?

Ah,10Burrows. How should we start? How about how they played one of the biggest roles in winning the Sports Day cup for the last two years running? (Had to include that for Mrs B - seeing her leaping up and down on Sports Day is going to stay with me forever). How about the little Einsteins hidden in their form photo? How about how they can speak more than 6 different languages? How about how they single-handedly run the Easter egg sale which turns into a bun fight on most occasions? Had enough? I thought so.

And finally, last but not least, come the Burrows veterans, the Burrows war heroes, 11Burrows. They are an inspiration to the rest of the House, but also to the school as a whole. What would we do without their long-standing legacy of the House-point demons? Or their unrivalled unofficial title of being the form that you’d go to if you needed a laugh?

And finally, to the Form tutors and Mrs B, who manage to handle the handful that we are, thank you. I don’t know how you do it. One day of trying to do what you do would persuade me to throw in the towel, but for some reason you all continue to believe in us and to support us, from the university students we are in year 7, to the survivors we are in year 11.