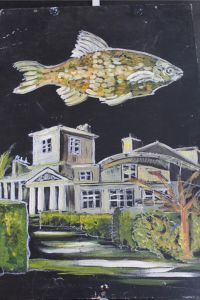 Despite our in school participation being shortened due to the Coronavirus pandemic, 2019/20 was a year packed full of events, achievements and memorable moments shared within the Sherborne House community.

Much gratitude goes to our first ever House Captain Rebecca Mann and Deputy House Captain Bethany Stonefrost (12Sh) who oversaw the running of the House from a pupil perspective, organising the Sherborne council meetings and regularly keeping the House updated on school news and views in our assemblies.

Sadly, our school wide “dunk-a-teacher” fundraiser plans for the Summer, championed by Hannah Hogarth (8Sh) had to be curtailed for now but we look to bring this forward with aplomb next year. In February, we were treated to a visit from Mrs Vanessa Bennett, director of our House Charity Feeding Futures who showed us how the money we had raised through various tutor group charity events, had helped to fund self-sustenance and schooling in underprivileged Kenyan communities. We will carry this inspiration with on with us in the future for this very worthy cause.

Riding high on our efforts from last year as finalists in the House Drama competition, the Sherborne-players production of Shrek was on course to repeat this success again before the school closure. Many thanks for the efforts of all involved under the direction of Rebecca Mann (12Sh). I am sure we will be able to use the expertise and theatrical skills learned to launch us again to continual dramatic success in the years to come. 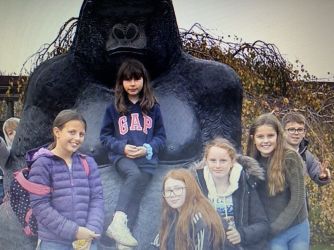 7Sherborne proceeded to give the House a sporting talent boost with great success in the Inter-house sport competitions over the past year, particularly in Rugby, Football and Netball. Most importantly so many of the tutor group were keen to play a role and participated in the spirit of the games. George Haig continued to impress on the national squash court along with the superb athletic achievements of Poppy-May Pallet. Mr Thomas introduced his infamous end of term McDonald’s breakfast charity event to a whole new generation, who helped raise an impressive level of funds for Feeding Futures. 7Sherborne were a credit to the school on the Isle of Wight Residential and were praised for their conduct and care for each other by the external trip organisers. Our adventures to Robin Hill, Monkey World and Headhunters will live long in the memory.

8Sherborne speared the drive for our House Charity event plans and many used the lockdown as an opportunity to learn new skills. Sam Heath developed a love of Art and we look forward to him sharing some of his creations in the near future. Georgina Lambdin helped out with a local food bank during lockdown demonstrating her maturity and thought for others. Heidi Wright used the time to learn online Karate throughout lockdown - we will be wary of some of her moves!

9Sherborne: Peter Denton, Katie Mason and Callum Mann played key roles in the school production of Grease. Peter also achieved the remarkable feat of collecting a raffle ticket in every round of our Top 10 Sherborne House Point contributors draw, deservedly winning a prize. Isaac Hughes was proud to continue to feature with rave reviews for the school football team and Maisie Willson was heavily involved in the running of the school charity week. Ella Saxton, impressively gave a very well received talk in her local church about Global Warming, a passion shared by so many members of our conscientious House community. 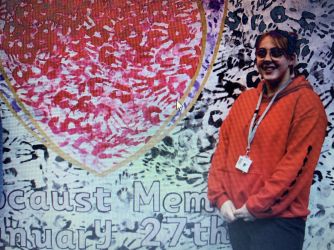 10Sherborne: Eliza South and Wilf Kieran showed a flair for the dramatics acting as co-stage managers for the school production of Grease and helping to co-run the school drama club for the past year. Josh Ramsden, infamous for his love of football impressed many with his work and dedication for Pompey in the Community and lead the successful Sherborne football side along with Morgen Glew. Annie Wallace continued to compete with merit in gymnastics competitions (despite encountering a nasty mid event injury!). Rebekkah Leggat travelled the globe with her baton in international dance competitions and has been accepted to audition for the Disney Channel! The regularly held 10Sh sustainable sweet sale again proved to be a huge success and will be run again next year.

11Sherborne: Charlie South continued to excel in the world of sailing, participating in and succeeding in several competitions across England. Our debut team of Year 11 Sherborne House Leaders set the template for effective teamwork and passion for the House for future years, each overseeing a specialist area and helping to promote pupil voice in a variety of vital issues within Sherborne. Many thanks go to Maisie Tate (Forms), Emily Sammutt (Worship), Teddy Phillippo (Sports), Amelia Bromell (Charity) and Sophie Taylor (Environment) (11Sh) for their superb all-round efforts and time spent contributing to the House.

Congratulations go to Steven Hughes (11Sh) who has won a place on the European Scout Jamboree to celebrate the international work of the Scout movement. 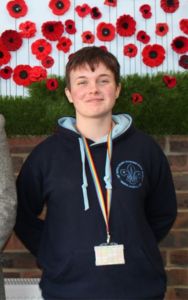 Sherborne Sixth Form: We were very proud as a House that one of the first appointed school captains, Molly Berry came from Sherborne. Molly lead the school community with distinction throughout the past year. Imi Miller was invited to go to Auschwitz in February, funded by the Holocaust Educational Trust and shared her moving experiences in school assemblies. Boroka Kiss and Jowita Hopkins were worthy winners as part of the Coastal West Sussex Young Enterprise competition, featuring for their respective companies: The Green Jeans Co’s who aim to promote sustainability and reduce landfill and Wilde who sell stencils targeted at children aged 3-6 yrs.

Final thanks go to the wonderful team of Sherborne tutors: Mr Thomas, Mrs Williams, Mr Cooke, Mrs Tyler, Mrs Furnell and Miss Lawlor whose tireless efforts and dedication to their tutor groups, help to make Sherborne House the thriving part of the Bishop Luffa School community that it is.